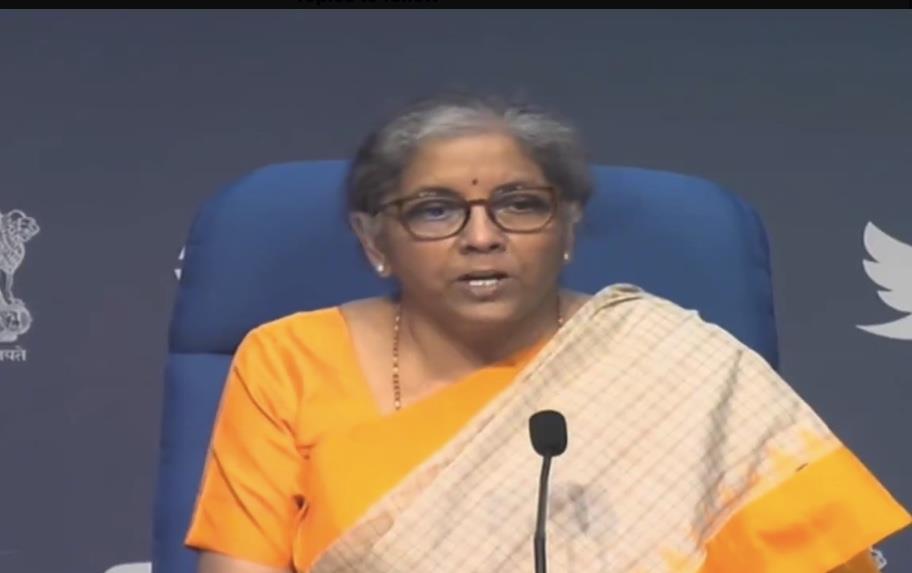 Finance Minister Nirmala Sitharaman on Thursday said the Indian economy is witnessing a strong recovery after a long and strict lockdown.

Addressing a press conference to announce more stimulus measures to boost growth, she said macro-economic indicators are pointing towards recovery.

Giving out details of recovery, she said composite purchasing managers index (PMI) rose to 58.9 per cent in October versus 54.6 per cent in the previous month, registering the strongest increase in output in close to nine years.

Energy consumption growth trended higher in October at 12 per cent year-on-year, while Goods and Services Tax (GST) collections have grown 10 per cent to over Rs 1.05 lakh crore.

Daily railway freight tonnage grew by an average 20 per cent year-on-year versus 12 per cent, she said adding bank credit has improved 5.1 per cent.

Also, foreign direct investment (FDI) inflows in April-August at USD 35.37 billion has seen a 13 per cent rise on a year-on-year basis.

RBI has predicted a strong likelihood of Indian economy returning to positive growth in Q3 2020-21, ahead by a quarter from the earlier forecast, she said adding prominent economists have suggested that the rebound is not only due to pent up demand but also due to strong economic growth.

The subsidy would be to cover for retirement fund contributions by employees as well as employers for two years, she said.

Under the Aatmanirbhar Bharat Rozgar Yojana, every Employees’ Provident Fund Organisation (EPFO)-registered establishment taking new employees would get this subsidy.

The scheme will cover any new employee joining employment in EPFO-registered establishment on monthly wages less than Rs 15,000.

It would also cover EPF members drawing monthly wages of less than Rs 15,000, who made an exit from employment during COVID-19 pandemic from March 1, 2020, and is employed on or after October 1, 2020.

The scheme would cover establishments registered with EPFO if they add new employees compared to the reference base of employees as in September 2020.

Under the scheme, fully guaranteed and collateral-free loans are provided to small and micro-enterprises.

The scheme would cover entities in 26 stressed sectors identified by the Kamath Committee plus healthcare sector with credit outstanding of above Rs 50 crore and up to Rs 50 crore as on February 29, 2020.

An additional credit of up to 20 per cent of outstanding as on February 29, 2020, would be given to entities in these sectors, she said.

The tenor of additional credit would be five years, including one year of a moratorium on principal repayment. The scheme would be available till March 31, 2021.

She said the Rs 18,000 crore would be provided over and above the Budget Estimates for 2020-21 for the Prime Minister Awas Yojana (Urban) through additional allocation and extra-budgetary resources.

This is over and above Rs 8,000 crore already provided this year.

She said the move would help start work on 12 lakh houses as well as complete 18 lakh houses. This would create 78 lakh new jobs as well as demand for steel and cement.

Announcing support for construction and infrastructure, she said Earnest Money Deposit (EMO) and performance security requirements will be relaxed for government tenders.

Performance security on contracts will be reduced to 3 per cent instead of 5 to 10 per cent. This would be extended to ongoing contracts which are free of disputes.

It would also be extended to public sector enterprises, she said, adding states will also be encouraged to adopt the same.

Earnest money deposit (EMD) will not be required for tenders and will be replaced by bid security declaration.

These relaxations will be given till December 31, 2021, she said, adding the move would give relief to contractors by reducing locking up of capital and cost of bank guarantees. PTI