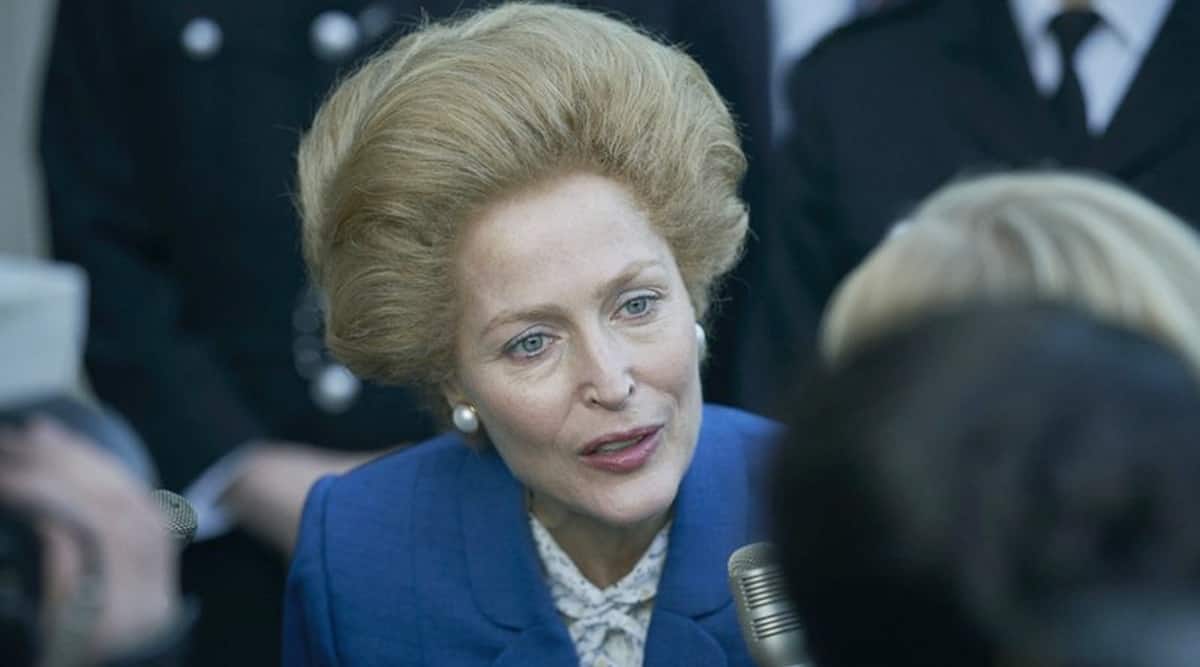 Netflix series The Crown’s fourth season is about the royal family. But it is also about another woman in power, the first female prime minister of Britain, Margaret Thatcher. In the new season, award-winning actor Gillian Anderson portrays the late British leader. Even as audiences are praising her performance, Anderson speaks about the challenges and the experience of joining the acclaimed period drama.

When asked about how much of Thatcher would viewers be able to see in the latest season of The Crown, Gillian said the series will highlight her role with regard to various important national events and also shed some light on the kind of bond she shared with Queen Elizabeth II. She said, “In episode one, we see Margaret win the election, and in episode ten, we see her leave office. In between, the series observes her relationship with the Queen through various landmark events including the cabinet reshuffle, the Falklands War and the sanctions on South Africa.”

Gillian Anderson said she had quite a time playing Margaret Thatcher, and the experience was “extraordinary.” “It’s such a grown-up experience all around. More like a film set than a tv show. There is deep respect on set for the work, which is surprisingly not a given in the industry. The cast notoriously gets along very well, and it feels very much like a home of sorts. I already miss it,” added The Crown actor.

In order to prepare for her role, Gillian Anderson stated that she “pretty much watched everything there was to watch on her. Every documentary and many interviews. Read a few books including a good chunk of the Charles Moore biographies. The Crown has an exemplary research team and if you want something, they will get a hold of it for you.”

The Crown Season 4 is streaming on Netflix.

Bench pulls up govt. for lack of preparation, flags shortages Observing that the lack of preparedness to manage a...
Read more
National

TV actor Manav Gohil has won his battle against coronavirus and is now back home. The actor, last seen in Star Plus’ show Shaadi...
Read more

The story of Lord Ram isn’t unknown to us, courtesy the various versions of the epic we’ve grown up on, especially Ramanand Sagar’s Ramayan...
Read more
Bharat News