Govinda on Krushna Abhishek: Washing dirty linen in public is an indication of insecurity 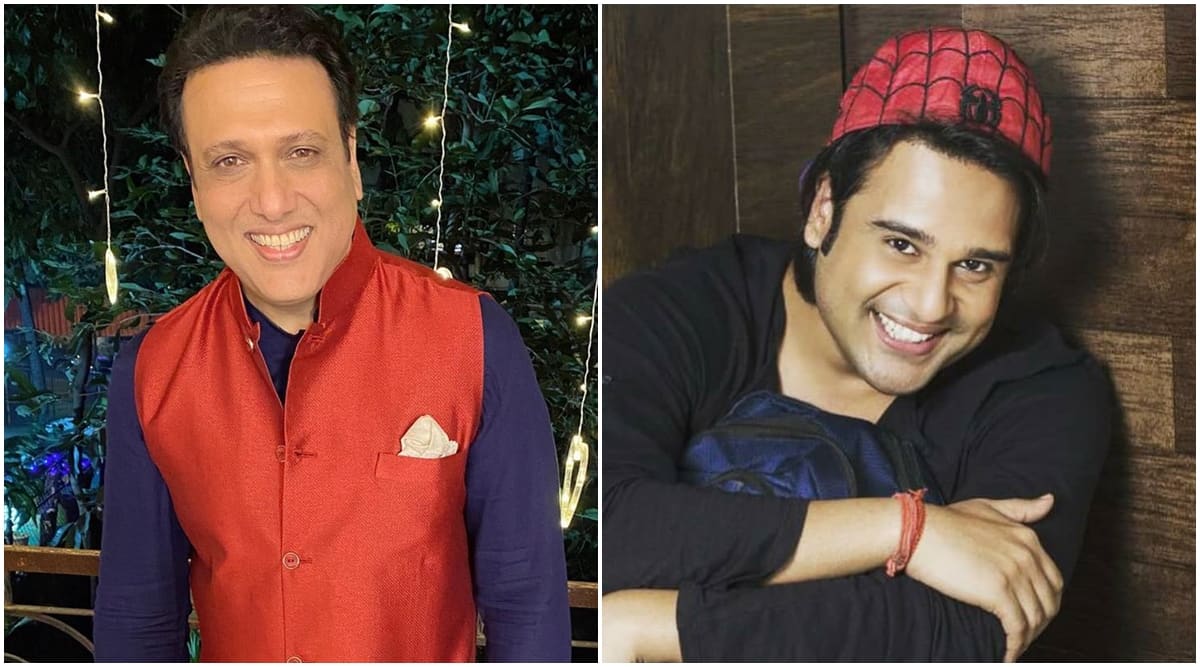 Actor Govinda has opened up about the controversy pertaining to his appearance in an episode of The Kapil Sharma Show, in which his nephew and comedian Krushna Abhishek chose not to appear.

Talking about his refusal to share the stage with Govinda on The Kapil Sharma Show, Krushna had earlier told Spotboye, “I refused to do the episode featuring my Mama Govinda, as there are some differences between us, and I didn’t want any of our issues to affect the show. For comedy to be effective you need to work in a warm friendly atmosphere. Laughter can only be generated in the midst of good relations.”

In a detailed statement on Sunday, Govinda said that Krushna’s statement had defamatory comments and was issued with “little thought.” He said Krushna’s allegation that he did not go to see his twins was wrong. The actor said he went to see the twins in the hospital.

He went on to say that he has been a target of Krushna Abhishek and his wife Kashmera Shah, who have frequently issued defamatory statements against him.

“I do not understand why is this slander being done repetitively and what is it that they are gaining from the same. My relationship with Krushna was very strong since the time he was a small child. My adulation for him was unparalleled and my family and people from the industry are a witness to the same. I strongly believe that washing dirty linen in public is an indication of insecurity and allows outsiders to take advantage of a family’s misunderstandings,” Govinda added.

Govinda also said that from now on, he will maintain a “graceful distance.” The actor concluded by saying he is, according to him, the most misunderstood person.

I am utterly sad to release this media statement, but I strongly believe that its high time that the truth must come out.

I read the news on the front page of a leading daily about my nephew Krushna Abhishek not performing on a popular television show as I was invited as a guest there. He chose to opt-out as he had some reservations. Later he went ahead and stated in the media about his belief on our relationship. This statement had defamatory comments and was issued with only a little thought. It had a snowball effect as it was voyeuristic in nature.

It was erroneously alleged by Krushna that I did not go to see his twins. I along with my family went to see his twins in the hospital and met the doctor (Doctor Awasthi) and the nurse taking care of them. However, the nurse told me that the mother of the kids – Kashmira Shah never wanted any of the family members to come and see the surrogate babies. Upon further insistence, we were made to see the babies from a long distance. We returned with a heavy heart, however, I strongly feel that Krushna does not know of this incident. One can feel free to connect with the doctor and the nurse on the same and get to know the truth. Krushna also came to our home with the kids and Aarti Singh, which he has forgotten to mention in the statement.

Be it Krushna or Kashmira – I have been a scapegoat of their defamatory comments and statements against me frequently – most of them in the media and some in the shows and performances that they do. I do not understand why is this slander being done repetitively and what is it that they are gaining from the same. My relationship with Krushna was very strong since the time he was a small child. My adulation for him was unparalleled and my family and people from the industry are a witness to the same. I strongly believe that washing dirty linen in public is an indication of insecurity and allows outsiders to take advantage of a family’s misunderstandings.

Through this statement, I would like to mention that I shall maintain a graceful distance now onwards. And since I am so bad as mentioned in the media reports – I urge those who dislike me to do the same. Every family has misunderstandings and problems – but to discuss them in the media may cause irreparable damage and, I dislike the same – indeed I am very sad to clarify this through the media. I am perhaps the most misunderstood person, but if it is like that – then so be it. My mother always taught me ‘Neki Kar Aur Dariya Mein Daal Govinda’.

Share
Facebook
Twitter
Pinterest
VK
WhatsApp
Previous articleIn MP cabinet meet on cows, a host of key decisions
Next articleMassive operation on to find tunnel suspected to have been used by Jaish terrorists killed in Nagrota