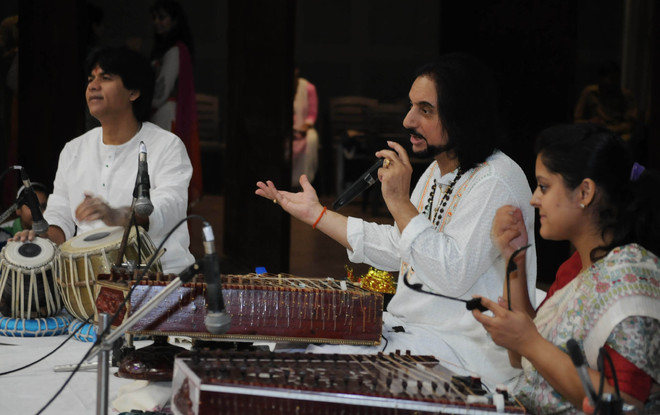 Leading artistes who have been asked to vacate their government allotted residences, including Padma Shri awardee Bharati Shivaji, on Monday said they were feeling “harassed”, “humiliated” and “pained” by the government’s treatment.

In October this year, 27 eminent personalities, including artists, dancers and musicians were sent notices from the Ministry of Housing and Urban Affairs, to vacate their government allotted accommodations across Delhi by December 31, “failing which eviction proceeding will be initiated as per Public Premises (Eviction of Unauthorised Occupants) Act”.

Mohiniyattam dancer Bharati Shivaji said she was in “a state of shock” and yet to determine her “plan of action”.

“This is harassment. I don’t have a separate land or institute, and I have been doing all creative activity from my home. But it seems the powers that may be have no value for the traditional art forms,” Shivaji, who has an accommodation in Asian Village, said.

She said the least any government can do is to provide accommodation to artistes who have worked and toiled hard for preserving the traditional art.

Many of them objected to the use of the term “unauthorised” to define their current state of residence.

Kuchipudi dancer Vanashree Rao, wife of Kuchipudi dancer Guru Jayarama Rao, in whose name their accommodation was allotted, said the term seemed to imply they were occupying the space “illegally”.

She explained that following the first three years of allotment, they were given extensions till 2014 after which they were paying rent for the premises as directed by the government.

“In 2018, the government sent us a retrospective rent amount of some Rs 8-9 lakh for the last four years. We have also been paying that, sometimes Rs 60,000, and sometimes Rs 1 lakh, because having so much money at one time is also not possible for us.

“Despite doing everything we’re being treated like squatters. We are not squatters,” she said.

“I am a Padma Shri and Sangeet Natak Akademi awardee. I have written several books on Indian classical dance forms and allied art forms and have been part of many committees, and this is what my government gives me in return.

“I feel humiliated that at the age of 88 I have been sent, what I call, a ‘get out’ notice, and asked to leave the place which has been home to me for the past 20 years,” he said.

Das said he felt “ashamed” to have been treated like “a criminal”.

“I feel so ashamed to think that after 16 years of putting everything into my work and my country, I might be on the streets if I am unable to vacate my house.

“I have been on so many advisory boards of so many cultural committees for the government, and all of them have been honorary positions. I never got paid. If I had a house in Delhi, do they think I would still be living here,” the painter, whose Pankha collection is world renowned, asked.

Explaining why they don’t have their own house in the city, Das, Shivaji and Rao said the money they earn goes back towards creating more art.

“I am not a commercial artist. I am not in the business of art. Whatever I earn from my painting, I use it to buy supplies for my next painting,” Das, who will turn 80 next month, said.

Shivaji said whatever they earn from performances has to be shared with musicians who accompany them and they have little left over.

Another major grievance shared by all artistes was the poor timing of the notice.

They said the fact that they are all above 65 years of age and have been asked to uproot their lives without a ready alternative to relocate to, while there is a pandemic, is unfair.

“Throughout the pandemic, the prime minister has insisted that landlords across the country should not evict their tenants, and even reduce the rent, and they are doing this to us,”” Rao said.

To draw attention to the “insensitivity” of the order, the artistes have also written to the prime minister and the president of the country.

The letters dated October 14 requested them to “look into the matter” and “support the arts community”.

“We are concerned about our future security and professional work if we are not given permission to continue.

“Many times the government and our country refer to us as legends, and cultural ambassadors, so we feel that our government, especially the Culture Ministry should recommend our extension immediately,” the letters read.

Similar letters were also sent to the culture minister, the culture secretary and other officials but “no one got back”.

“The Culture Minister does not even want to meet us… I have been paying my rent, which from 2014 has been Rs 15,000 per month. I am not married, I live alone but I have thousands of books, where should I go? If they want this space, they should at least provide us with a separate accommodation,” Kothari said.

When asked about the government’s next course of action, Culture Minister Prahlad Singh Patel said they had done “whatever was possible for these artistes from our end”.

“We requested the Ministry of Housing and Urban Affairs to waive the dues accumulated by the artistes. But they have to vacate the premises by December 31, if they fail to do so they will have to pay rent according to market rates. We have done whatever was possible from our end,” he said. — PTI

The webcasting and live streaming of the election proceedings in the selected polling stations across the Greater Hyderabad Municipal Corporation limits progressed smoothly without...
Read more
Trending

IOC confirms Bach is only candidate for Olympic presidency

More than 100 IOC members were told Bach is the only candidate for the presidential poll at their meeting due to be staged in...
Read more