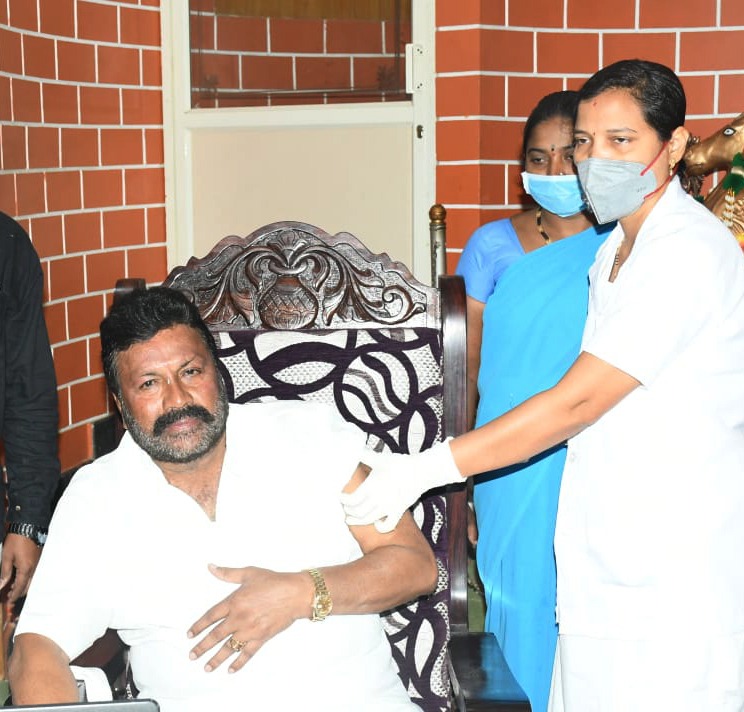 A show-cause notice has been served on a health officer in Haveri for having inoculated the state Agriculture Minister B C Patil and his wife at home breaking the protocol on the COVID-19 vaccination drive.

The National Health Mission director-(Karnataka) Arundhathi Chandrashekar in her show-cause notice to Dr Jayanand M, Reproductive and Child Health programme officer of Haveri, asked him to explain why the protocol was broken.

According to the Government of India guidelines, the vaccination should be done at the designated hospitals and it was conveyed repeatedly in many meetings, the director said.

Yet, the norm was flouted, bringing a bad name to the health department, she stated in her notice, adding that in case the RCH officer was found wrong, then disciplinary action would be taken against him.

Health officials said no one should take the shot at home as it will be difficult to monitor or give proper treatment during Adverse Event Following Immunisation (AEFI).

The Centre has asked for a report from the Karnataka government on the matter.

Despite facing flak from various quarters including Health Minister Dr K Sudhakar, Patil said there was nothing wrong in getting inoculated at home.

Patil, 64, and his wife took the vaccine on the second day of the vaccination drive on Tuesday to cover people aged above 60 and those aged between 45-59 with co-morbidities. PTI