In pictures, ITBP jawans march with Tricolour at a height of 17,000 feet 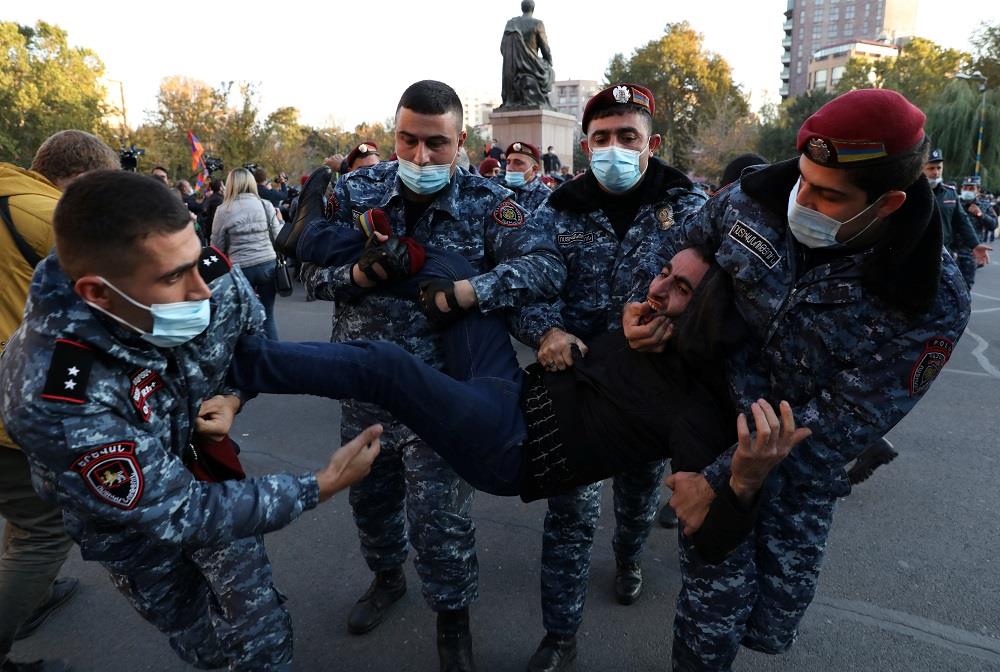 India on Thursday welcomed the Russia-brokered agreement between Armenia and Azerbaijan to halt fighting over the Nagorno-Karabakh area while hoping that the pact will defuse immediate tensions and result in peace and security in the region.

Armenia and Azerbaijan announced an agreement on Tuesday to halt fighting over the Nagorno-Karabakh region of Azerbaijan under a pact signed with Russia that calls for the deployment of nearly 2,000 Russian peacekeepers and territorial concessions.

Asked about the agreement at an online briefing, Ministry of External Affairs Spokesperson Anurag Srivastava said India had always advocated resolution of the conflict in the Nagorno-Karabakh region between Armenia and Azerbaijan peacefully through diplomatic negotiations.

“We hope that the latest agreement of November 10 facilitated by Russia will defuse immediate tensions and result in peace and security in the region,” he said.

India welcomed the efforts of parties concerned in this regard, he added.

To a separate question on connectivity with Bangladesh, Srivastava said the air bubble arrangement commenced on October 28 and had been working well.

India’s air bubble arrangement with Bangladesh is expected to ease the movement of people on the two sides and will particularly help those who need medical attention, he said.

“Coming on to land connectivity, you would know limited movement is taking place and full movement will resume when the COVID-19 situation is addressed,” he said.

Talking of rail connectivity, Srivastava said both sides have taken measures to strengthen trade via the rail route and this was in view of the fact that border trade faced disruption due to the COVID-19 situation.

“We have taken active measures to strengthen rail connectivity,” he said.

To another question on when Foreign Secretary Harsh Vardhan Shringla is likely to visit Nepal, Srivastava said before foreign secretary’s official visits, an announcement was made and it would be done when any such visit took place. PTI

The Central government is all set to accelerate the first phase of COVID-19 vaccination drive by roping in additional vaccination sites and allowing walk-in...
Read more
National

In pictures, ITBP jawans march with Tricolour at a height of 17,000 feet