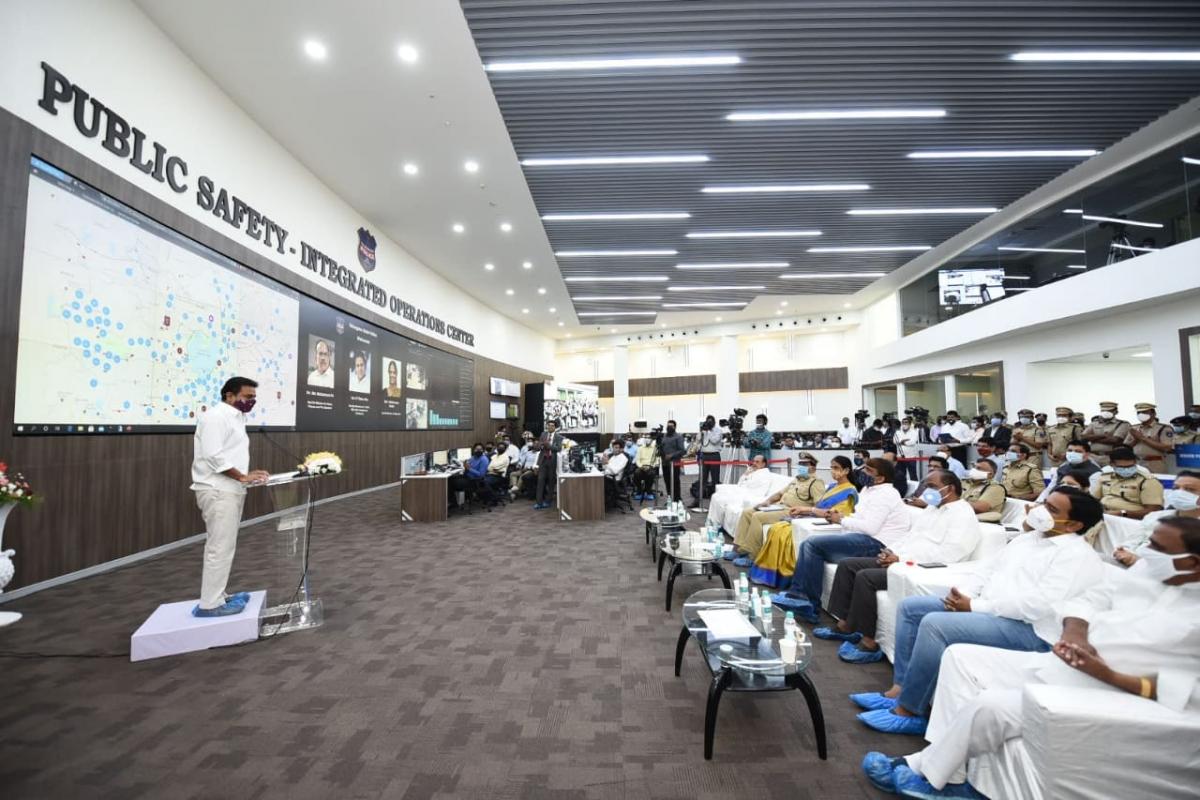 KT Rama Rao on Wednesday inaugurated the state-of-the-art Integrated Operations and Data Centre at the Cyberabad Police Commissionerate to help police better handle the law and order situation in the state. Details here.

Telangana takes pride in being a model state for abiding law and order and now a new division has been set up to keep up the momentum in the state. Municipal Administration and Urban Development Minister KT Rama Rao inaugurated the Integrated Operations and Data Centre at the Cyberabad Police Commissionerate on Wednesday, in order to strengthen the law and order situation in Telangana.

KTR, at the inauguration, said Telangana was an incident-free state for the last six and a half years. The minister further added that the Telangana Police was maintaining law and order in the state efficiently, which is crucial for industrial development.

“There were many doubts about the law and order if a separate State for Telangana was carved out. But today, our State is a role model for many States in effectively maintaining law and order,” KTR said.

What happens at Integrated Operations and Data Centre?

The state-of-the-art Command Control and Data Centre at the Cyberabad Police Commissionerate is equipped to store footage from 10 lakh CCTV cameras per month. The new facility will have a viewing of 5,000 CCTV cameras on a large screen for the police to monitor the limits of Hyderabad, Cyberabad and Rachakonda Police Commissionerates as part of the Safe City project. Additional cameras installed elsewhere can also be linked to the center.

In a press release issued by the police department, the L&T has installed 10,000 high-end cameras across three Police Commissionerates to help the police study routes taken by suspects to escape after a crime.

Additionally, automatic cameras that identify speeding vehicles can also be monitored from the center. There’s also a system that alerts field staff about traffic congestions to keep vehicles moving in junctions.