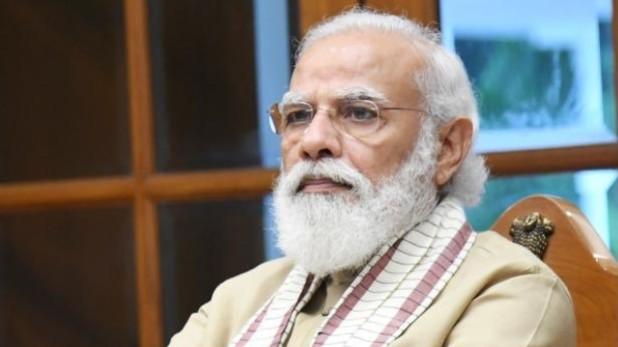 It doesn’t really matter what the intention behind the endeavour, as long as it concerns betterment of environment, economy and public health, it better be appreciated. Which is pretty much what’s happening with Modi government’s growing thrust to the water sector. Jal Shakti is changing things on ground, drop by drop.

An intervention that’s timely and much-needed

The studies that have pointed towards the water crisis of the nation have not only grown in numbers and but also gone graver by the year. From the scarcity of potable water to inequality in access to water to drying rivers, there’s not one water problem that the nation has been spared of. It was on August 15, 2019, that Jal Jeevan Mission was announced by PM Modi, with a very vocal emphasis on the intention of providing tap water to all of the households by 2024. While strongly backed by plans of rainwater conservation and efficient irrigation.

In what can be termed as GOI’s biggest push to basic infrastructure, Rs 350,000 crore had been earmarked for the project.

In February of this year, the flagship scheme of Modi government called Namami Gange that aims at cleaning up the Ganga saw its budget allocation increase further. Finance Minister Nirmala Sitharaman demarcated an allocation of Rs 30,478 crore for the Jal Shakti Ministry in the Union Budget 20-21.

Inviting people to be a part of the solution

Jan Shakti for Jal Shakti initiatives realised the need to tap common man for ideation and implementation of any form of water conservation. The campaign focused on 1592 stressed blocks in 256 districts. Participants can send in their stories on saving water using the hashtag #JanShakti4JalShakti.

Over a year later, things are changing

As per the latest figures, Rs 85 crores are being spent for the upcoming Haridwar Mahakumbh, as a part of government’s prized project Namami Gange, for a cleaner Kumbh Mela. The efforts towards cleaning up the Ganga and making sure all the ecological balance around the river is restored have been speeded up.

There are 152 sewage treatments plants in the process, and it is through these treatment plants that 4.86 billion litres of water will be cleaned up every day. Union Cabinet Minister, Ministry of Jal Shakti, Gajendra Singh Shekhawat, recently gave credit to Swachh Bharat and how it made things relatively easier in the implementation of water initiatives. The news report by India’s state-owned DD news also says that almost 55 crore people’s behaviour has changed due to this initiative and 706 villages declared themselves open-defecation free.

As part of Catch the Rain initiative, all the state governments were sent letters to maximise water conservation efforts. Kanchan Dasgupta, senior journalist, during a TV show, recently said, “Total of 190 million households have been received water connectivity so far, which is almost 30 per cent of the target set for 2024.” He added, “This kind of news never really make it to headlines. But we need to make efforts to ensure our water conservation initiatives and technology are at par with the best in the world. Israel has taken water recycling to whole another level. They can even convert industrial waste water into potable water.” Till we get there.

Two days after its vaccine stock dried up, the State received six lakh doses of Covishield and Covaxin vaccines from the Centre on Saturday....
Read more
Trending