I was helpless when COVID-19 rules were being flouted during campaigns: Karnataka Minister 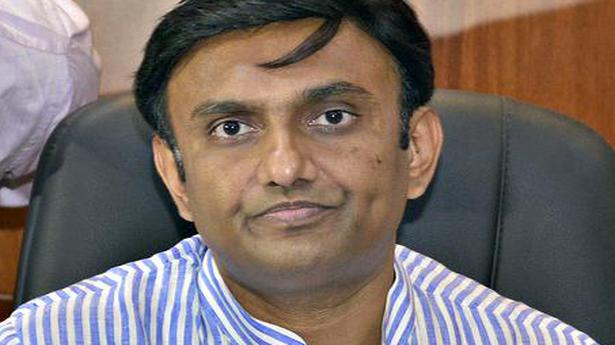 Minister for Health and Family Welfare K. Sudhakar on Wednesday expressed his helplessness with regard to the recent violations of government’s COVID-19 guidelines and advisories by political parties during the recent byelections in Rajarajeshwari Nagar and Sira and added that all parties should take collective responsibility in this regard.

Speaking to reporters in Mysuru, the Minister admitted to participants in the byelection campaigns and roadshows breaking rules that mandated wearing face masks and social distancing.

On why the public was targeted and penalised and no action was taken against political leaders, Dr. Sudhakar said the guidelines should apply to all. “It’s sad they were flouted. I’m helpless. I have been telling all to take precautions and follow SOPs. The courts have taken a serious note of the situation. As a government, we took steps and issued SOPs. All of us have to take collective responsibility. We need more civic awareness,” he replied.

On selective slapping of penalties, while political leaders are spared, the Minister said the penalty (for not wearing masks and maintaining social distance) should be slapped essentially on everyone who breaks the rules. “If it’s not being done, we shall enforce it stringently now on,” he said.

Dr. Sudhakar said the State’s COVID-19 positivity rate had fallen steadily which is a relief. The positivity rate which was between 12 and 19% in various districts a fortnight ago came down to 2% on Tuesday, he said. “Until the vaccine arrives, all of us should follow the rules in toto and combat the pandemic,” he said.

He maintained that the COVID-19 vaccine would be the fastest developed vaccine in the history of medicine. “The vaccine trials are proving to be successful and have reached the third stage now. Those into the trials are claiming to have achieved 90% success rate. Let us hope the vaccine is found soon.”

On the curbs over COVID-19 during Deepavali, the Minister expressed his inability to explain about green crackers which the State government had allowed instead of the usual firecrackers as a measure to deal with the pandemic situation. “I am not aware what these crackers are. I’ll check and get back,” he replied.

Based on the COVID-19 expert committee report on Deepavali celebrations amidst the pandemic that was submitted recently, Chief Minister B.S. Yediyurappa took the decision accordingly. The crackers are supposed to be burst only between 8 p.m. to 9 p.m., he stated.

He also said that the second serosurvey will be held in December and the third one in March.

Members of the Karnataka Association of Resident Doctors (KARD) have extended their support for the nationwide protest call given by the Indian Medical Association...
Read more
- Advertisement -