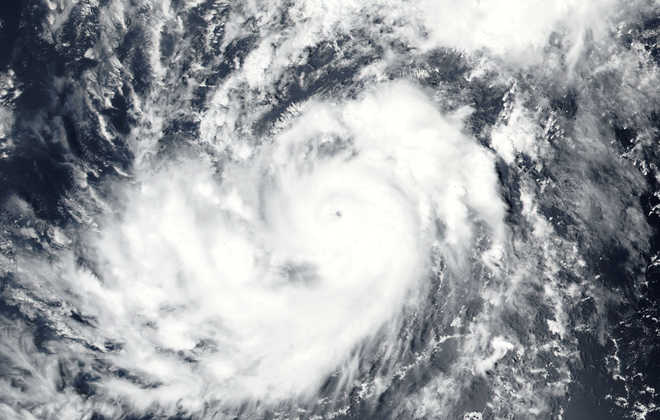 The deep depression over southwest Bay of Bengal moved west-northwestwards with a speed of 9 kmph in the past six hours and has intensified into cyclonic storm ‘Burevi’.

It is very likely to intensify further during next 12 hours,  move west-northwestwards and cross Sri Lanka coast between latitude 7.50N and 9.00N, close to Trincomalee during evening/night December 2 as a cyclonic storm with a wind speed of 75-85 kmph gusting to 95 kmph, the IMD added.

It is very likely to move nearly westwards thereafter, emerge into Gulf of Mannar and adjoining Comorin area on the morning of  December 3.

The IMD further informed, it would then move nearly west-southwestwards and cross south Tamil Nadu coast between Kanniyakumari and Pamban around early morning of  December 4.

BJP has alleged that she is against slogans relating to Lord Ram. Two days after she took offence to raising of slogans of ‘Jai Shri...
Read more
Sport

Microsoft Is Making It Easier to Transfer Files From Outlook to...

Microsoft has added drag and drop support for transferring file attachments from Outlook to Teams. This feature will make it easier to move attachments...
Read more