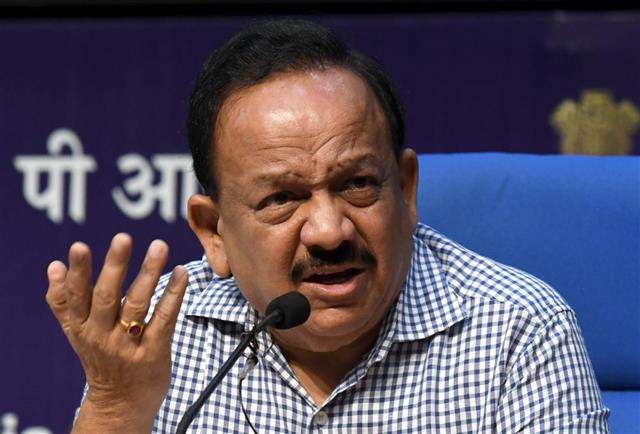 India has successfully met the 2017 target of newborn mortality rate of 24 per 1,000 live births and is making strides to fulfil the target of stillbirth rate of 19 per 1,000 total births by this year, Union Health Minister Harsh Vardhan said on Friday.

The theme of this National Newborn Week is ‘Quality, equity, dignity for every newborn at every health facility and everywhere’ and it is being observed from November 15 to November 21.

The set target of newborn mortality rate (NMR) of 24 for 2017 has been met and strides are being made to fulfil the target of stillbirth rate (SBR) of 19 by 2020, Vardhan said at the event, which he chaired.

“We are now at a newborn mortality rate of 23 per 1,000 live births as per the Sample Registration System (SRS), 2018, and estimates of the United Nations Inter-Agency Group for Child Mortality Estimation (UNIGME),” he said.

The vision of the government is that “every child should survive, thrive, and reach their full potential” and it is committed to work towards the health and development of newborns, the minister said.

“We are attentive to even the minute cause that hampers development and birth of a newborn, or one that causes ill health and/or death of a newborn,” Vardhan said.

The government has launched several programmes for ensuring survival and development of neonates and newborns, he said.

These include nutrition aspects which are covered under the umbrella scheme of ‘poshan abhiyaan’, the minister said.

The National Newborn Week is being observed to reinforce the importance of newborn health as a key priority area of the health sector. — PTI