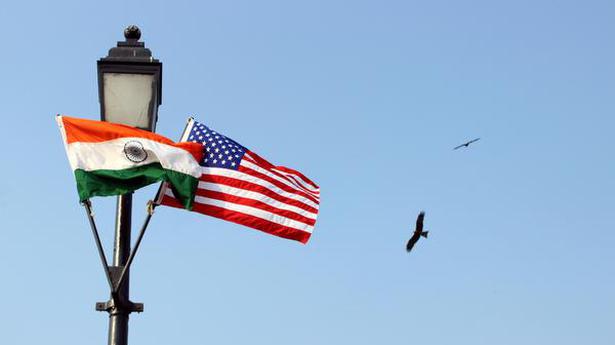 With China significantly scaling up its troop contribution for United Nations Peace Keeping (UNPK) missions, India and the U.S. are looking to undertake training of military personnel for the missions from South East Asian countries on the lines of the ongoing initiative for African countries.

“The U.S. is keen on undertaking joint training of South East Asian countries in the U.N. peacekeeping and discussions are under way,” an official source said on Friday. India has consistently been among the top troop contributing nations to the U.N. and is the fifth largest with 5,424 personnel in eight countries. The U.S. on the other hand has never contributed ground troops but contributes 27% of the U.N. peace keeping budget.

In 2016, India and the U.S. began a joint annual initiative “UN Peacekeeping Course for African Partners” to build and enhance the capacity of African troop and police-contributing countries to participate in the U.N. and regional peacekeeping operations. While this is going on, the U.S. is keen on a similar initiative for South East Asian nations like Vietnam and others, the source said.

China is significantly expanding its troop contribution to the U.N. in addition to the funding, said a second source. “It currently has over 2,500 troops in various U.N. missions and has committed another 8,000 troops as standby,” the source said. Once implemented, it will make China the largest provider of troops to the UNPK.

India has so far participated in 51 of the 71 missions and contributed over 2 lakh personnel. It has troop deployment in Lebanon, Golan Heights, Congo and South Sudan in addition to staff officers in other missions. India has also set up two field hospitals in South Sudan and one in Congo.

Since 2018, India has co-opted a contingent from Kazakhstan at the mission in Lebanon. There are 120 Kazakh soldiers in the battalion of over 800 soldiers who have now been asked to set up their own mission as they have gained experience, the first officer said. Bhutan too has expressed interest in joining a U.N. mission within the Indian contingent. “We have offered them [Bhutan] to join the mission in South Sudan but they want to be part of the mission in Lebanon. But we already have Kazakh contingent there. We are discussing that,” he said.

Indian troops are much sought after in U.N. missions. “We have around 5,500 troops in eight countries of Africa and West Asia. They work tirelessly to maintain peace in conflict zones. Their contribution has been applauded by all and Indian troops are most sought after,” said a Major General MK Katiyar, Additional Director General Staff Duties, after addressing an Indian battalion set to leave for South Sudan end of this month. During the COVID pandemic, the field hospitals there have done great job, he said.

The first batch of 200 personnel from the contingent to South Sudan is scheduled to leave on November 27. As part of COVID precautions, all personnel going for U.N. missions are being tested for COVID by Reverse Transcription – Polymerase Chain Reaction(RT-PCR) method 21 days before departure and then quarantined. A second test is conducted 72 hours before departure and only those testing negative go on deployment.