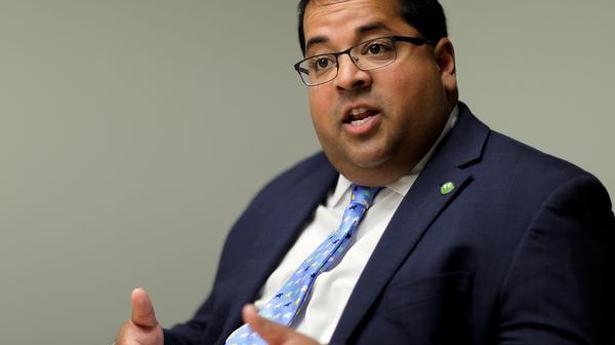 He will remain a FERC commissioner.

Indian-American Neil Chatterjee, who was removed as the US’ top federal energy regulator by the Trump administration after the presidential election last week, has suggested that he was demoted due to his support to clean energy.

Mr. Danly had recently opposed the FERC orders to support clean energy after becoming a commissioner in March.

The FERC is responsible for overseeing electricity markets and ensuring just and reasonable rates; approving applications for infrastructure projects; and playing a role in cyber security and defenses. The agency has a very important role in policymaking.

According to CNN, Mr. Chatterjee had recently backed policies that support electric vehicles, rooftop solar and other clean energy solutions. Mr. Trump, by contrast, has fiercely backed coal — a fuel source that is rapidly losing ground to solar and wind, it said.

“I knew when I embarked on this path that there could be blowback,” Mr. Chatterjee told CNN Business.

Mr. Chatterjee joined the Commission in 2017 and served as Chairman from August to December 2017 and October 2018 to November 5. He will remain a FERC commissioner.

“I’m speculating, but if in fact this demotion is the result of blowback, I’m completely at peace with it. I did the right thing. I’m proud of it. I slept great last night,” he said.

Mr. Chatterjee was the highest-ranking political appointee removed after Election Day on November 3.

“It’s remarkable that I was first,” Mr. Chatterjee said, adding that he has seen reports of other personnel, including perhaps at the top of the Defence Department.

“I’ll be honest, I would bet a lot of money that the President and no one in his inner circle has a clue that this even happened,” he told the CNN Business.

He alleged that demotion may be a result of opportunism. “I think this was done by lower-level staffers in the White House who, in a wild time, saw an opportunity to send a message and took it. And that’s totally fine,” Mr. Chatterjee was quoted as saying.

A Republican from coal-producing Kentucky, Mr. Chatterjee, whose parents moved to the US from Kolkata some 50 years ago, was energy policy advisor to US Senate Majority Leader Mitch McConnell, prior to joining the Federal Energy Regulatory Commission.

Prior to serving Mr. McConnell, he worked as a principal in Government Relations for National Rural Electric Cooperative Association and as an aide to House Republican Conference Chairwoman Deborah Pryce of Ohio.

A lawyer by training, Mr. Chatterjee started as an intern with the House Works and Means Committee. He was recently named one of the 25 Most Influential People on Capitol Hill by Congressional Quarterly and has also been named a top energy staffer to watch by National Journal and Energy and Environment Daily.

In a statement, Danly, new FERC Chairman, said Mr. Chatterjee truly left his mark on FERC and the energy sector by brokering a significant agreement allowing the US to move forward with liquefied natural gas terminals, which helped secure American energy independence.

“He also made a lasting impact through his commitment to protecting competitive markets, modernising our policies under PURPA, expediting the approvals of much-needed critical energy infrastructure and so much more. I thank Neil for his leadership, and I look forward to continuing to work with him in this new role,” he said.

Also read: Obama presses Trump not to back away from clean energy

Mr. Chatterjee in a statement said, “It’s been the honour of a lifetime to serve as the Chairman of FERC alongside my colleagues and staff, who represent some of the most talented and hardworking professionals in the US government.”

“During my tenure, we’ve faced challenges like overcoming the significant no-quorum backlog to grappling with an unprecedented global pandemic,” he said.

“But we’ve had a great many achievements as well, including bringing PURPA regulations in line with today’s realities, building out our energy infrastructure and approving LNG terminals, unleashing the power of new technologies like storage and distributed energy resources, and most recently taking groundbreaking action to consider carbon pricing, just to name a few,” he added.

“All of these actions have significantly contributed to making American energy more reliable, resilient and accessible for the people we serve,” Mr. Chatterjee said.

“But our work — my work — at the Commission isn’t over. I look forward to working with my friend, Chairman Danly, as well as the next Administration to continue to carry out our important mission,” Mr. Chatterjee said.

District Collector G. Veerapandian in a release on Saturday said that the DGCA approval was granted through a certificate...
Read more
Trending

Recently, a PIL was filed in the Delhi High Court seeking direction to the Centre to remove megastar Amitabh Bachchan's voice from the caller...
Read more
World

Mr. Gyawali’s assertion came at a media interaction when asked about China’s attempt to play a role in the aftermath of fast-paced political developments...
Read more
World

‘Around 150 firefighters were expected to work overnight into Sunday to bring the 80-100 hectare blaze under control’ Australian firefighters said they expect to...
Read more

The announcement of Mr. Sharma’s appointment as Policy Advisor for Testing was made by Mr. Biden on Friday along with additional members of the...
Read more
Bharat News