US senators asked to draft legislative package to ‘outcompete’ China, invest in alliances like India 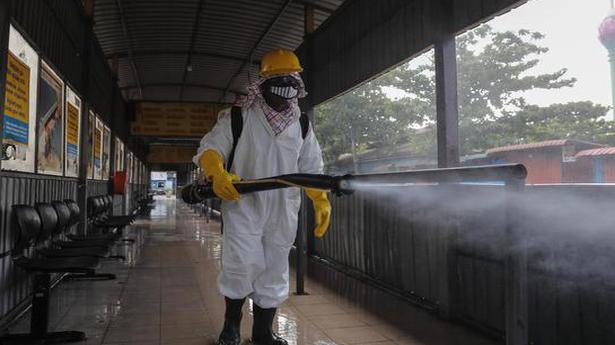 The development comes amid Sri Lanka’s second wave of the coronavirus, spreading since early October.

About 40 Indians, engaged in construction work in Colombo for over a year, have contracted COVID-19 and sent to a Jaffna hospital for treatment, Sri Lankan media reported on Thursday.

According to media reports, the workers were part of the ongoing Hotel and residency complex project of the ITC group at Galle Face, facing Colombo’s sea front. They are attached to a subcontractor working for Larsen & Toubro, the main contractor in the project, the Colombo-based portal Economy Next reported. Meanwhile, the Chinese Embassy said in a tweet that four Chinese workers had reported Covid-19 positive and referred to treatment.

The development comes amid Sri Lanka’s second wave of the coronavirus, spreading since early October. Sri Lanka’s Health Ministry has warned the public of the fourth stage of the pandemic — wide, rapid spread and several clusters — even as several hundred cases are reported each day from different localities in capital Colombo and other districts. As of Thursday, Sri Lanka has reported 15,350 cases, 46 deaths and 10,653 recoveries.

Meanwhile, Sri Lanka police has announced that a new drone regiment, introduced by the army on Thursday, would be used to track those violating recent orders restricting movement between districts and provinces.

Priyanka Chopra reacts as user says why wear a dress that...

Priyanka Chopra’s green puffy dress might have confused fashion pundits but PC clearly knows how to have a chuckle. After the dress started making...
Read more
Business

Union Health Secretary Rajesh Bhushan said on Tuesday that COVID-19 vaccination for the older population (over 50 years) is expected to start soon and...
Read more
National

There is no bar on travel from Kerala, clarifies Health Minister

The political situation in Georgia has been tense since a fall parliamentary election. Protesters set up tents outside Georgia’s parliament building and blocked...
Read more

Five people died as a result of the riot, including a Capitol Police officer and a woman who was shot as she tried to...
Read more