Indian national, who crossed over to Pakistan illegally, handed over to BSF 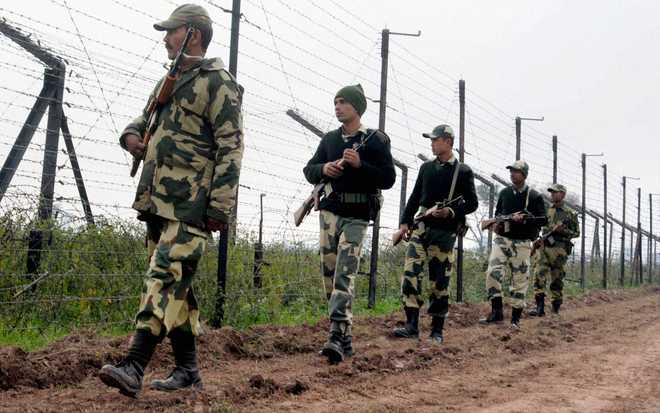 An Indian national, who had illegally crossed over to Pakistan in 2016 and underwent four years of imprisonment here, was on Wednesday handed over to the Border Security Force (BSF) personnel at the Wagah Border.

According to officials, Panwasi Lal, son of Kundan Lal, arrived at the Lahore railway station in August 2016 by Samjhauta Express without travel documents and was arrested.

Initially, he told the police that his name was Mohammad Aslam, and he was a Pakistani. A sum of Rs 500 was recovered from him.

During interrogation, it was revealed that his real name was Panwasi Lal, and he was not mentally stable, officials said.

The matter was taken up with the Indian authorities as to how he reached the Lahore railway station without travel documents.

He was later imprisoned in the Central Jail Lahore for four years on charges of illegal border crossing.

On Wednesday, the Punjab Rangers handed Panwasi over to the BSF at Wagah. PTI

Nicolas Sarkozy, who was president from 2007 to 2012, firmly denied all the allegations against him during the 10-day...
Read more
National

Social Welfare Minister B. Sriramulu said that the State government will start sports schools in 10 districts in the State and appoint around 500...
Read more
National

Referring to the recently amended farm laws, the Socialist Unity Centre of India (Communist) SUCI(C) said that the implementation of the laws in question...
Read more
Entertainment

Acclaimed actor Supriya Pilgaonkar is all set to return to the small screens with the hard-hitting show, Janani. The daily show will present the journey...
Read more
Technology