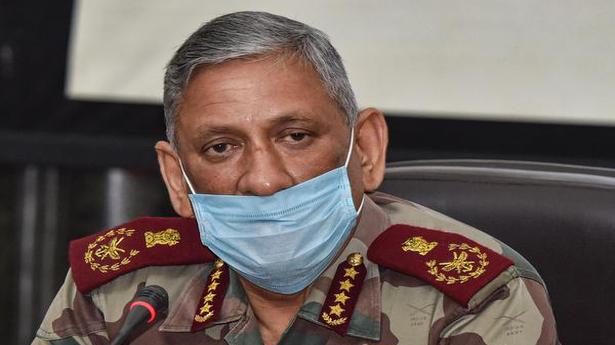 Gen. Rawat calls for dual-use infrastructure across the board

The contracting envelope of the defence budget makes it all the more imperative to create dual use infrastructure through civil-military fusion, Chief of Defence Staff (CDS) Gen. Bipin Rawat said, calling for integrating civil and military ecosystems to optimise resource utilisation.

“The existing segregated nature of defence and commercial industry ecosystems restricts our capabilities and capacities in making defence equipment. Integrating civil and military technology efforts is the way forward towards for self-reliance,” Gen. Rawat said speaking at a webinar conducted by the Centre for Joint Warfare Studies.

On triservice integration, Gen. Rawat said the joint study groups on integrated air defence command, integrated theatre commands and maritime theatre command have brought out their papers which are “being iterated, deliberated and further refined so that firm steps can be taken to operationalise them in the next 2-3 years.”

For this, Gen. Rawat said they have set timelines for the transformation to be effective, and in the first year, they are examining and evolving concepts.

“It should be followed by a year dedicated to trails, test bedding and aligning of structures,” he said, adding the next two years would lead to stabilisation of integrated structures and processes.

Stating that railway wagons and civil truck trailers must be manufactured for dual use, capable of transporting heavy military equipment including armoured fighting vehicles, Gen. Rawat said, “Construction of communication towers and electricity infrastructure along with rails, roads, bridges and tunnels in border States must be of specifications that facilitate use by armed forces as well.”

He called for looking into civil-military convergence in storage and ware housing facilities for fuel oil lubricants, rations and ordnance supplies. Civil-military integration in infrastructure development holds the key to whole of nation approach towards national security, he stated.

Stating that a nation’s aspirations of becoming a regional power cannot rely on borrowed strengths, Gen. Rawat said Indian wars have to be won with Indian solutions.

He said cooperation between government and commercial facilities in research and development, manufacturing, maintenance operations, production of similar components and sub-components on same production lines will optimise commercial and defence industrial base, maximize resource utilisation and reduce manufacturing and life cycle costs for defence equipment.

External Affairs Minister S. Jaishankar on Monday defended the decision to export vaccines and urged the domestic industrial sector to innovate so that they...
Read more
National

After the Centre decided to allow vaccinations for everyone above 18 from May 1, Opposition leaders on Monday sought to claim credit for making...
Read more

External Affairs Minister S. Jaishankar on Monday defended the decision to export vaccines and urged the domestic industrial sector to innovate so that they...
Read more

After the Centre decided to allow vaccinations for everyone above 18 from May 1, Opposition leaders on Monday sought to claim credit for making...
Read more
Bharat News