It was my dream to work with Anurag Basu, says Sanya Malhotra

Flipkart Big Saving Days sale will begin on Sunday, May 2. Attractive Discounts and deals will be available on a...
Read more 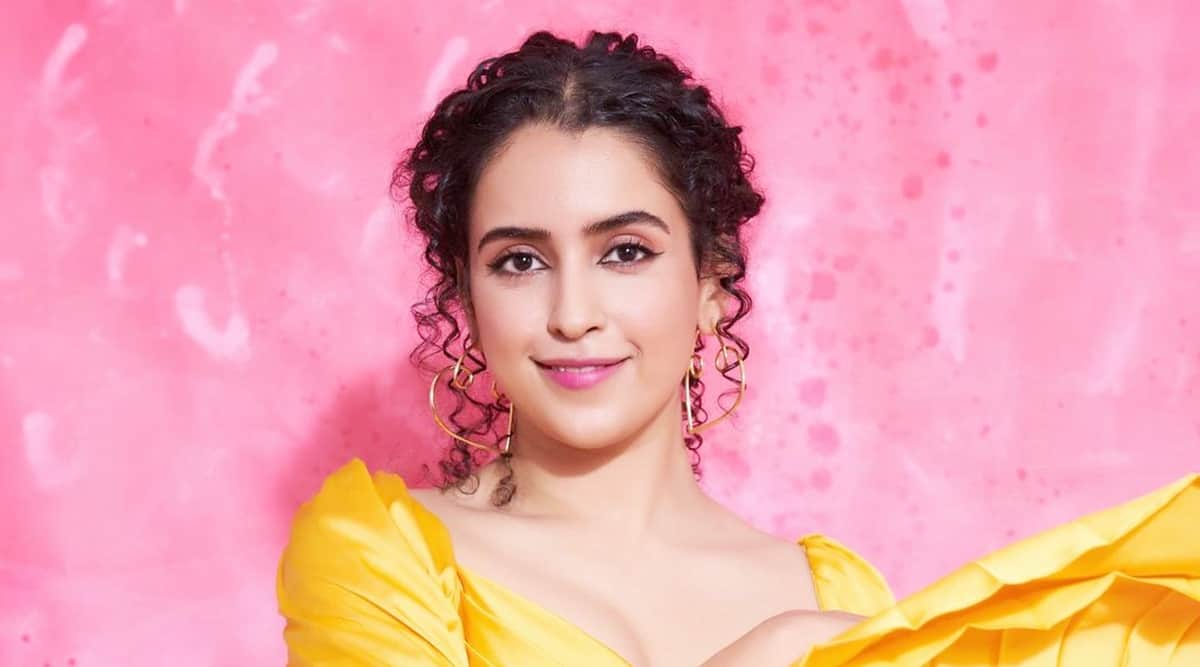 Sanya Malhotra has a short but sprightly filmography. From working on an independent film, a sports drama to a full-on family entertainer, Sanya has done it all. With Netflix’s Ludo, she is experimenting with the anthology form for the first time, and with filmmaker Anurag Basu no less.

In a recent conversation with indianexpress.com, Sanya spoke about collaborating with Basu, what drew her to the film and her chemistry with co-star Aditya Roy Kapur.

Why did you say yes to Ludo?

Working with dada (Anurag Basu) was the major attraction for me. When I first met him for the film, he gave me a brief outline and told me who my co-actor was going to be. I remember I had worked with him for an ad and I had to dance in it, he was really happy then with my work and complimented me quite a bit. It was a huge deal for me. So it was always a dream to work with him. Because I knew ‘story to kuch bhi ho,’ I have to work with him.

What was it like working with Aditya Roy Kapur? How did you break the ice?

We both bonded over being clueless (laughs). We used to have random conversations, and the set’s environment helped to break the ice. It was a very relaxed space. Dada and Adi should get the credit for making me feel so comfortable. And of course, the nice environment, which helped bring out the characters’ true side to screen. The characters that Aditya and I play are very free-flowing, so that helped matters.

A lot is said about an Anurag Basu set. Some even claim it is organised chaos. What was your experience like?

Organised chaos is the right term. And it is also so refreshing because I have never worked with a director who doesn’t like preparing. In fact, no preparation of any sort was how he functioned.

It wasn’t scary. I saw him (Anurag Basu) operating, and he was so confident. And I thought to myself, ‘Agar dada nahi tension mein to why should I be worried?’ Usually I am nervous. If I have a script, I keep re-reading the thing and can’t help but think of my character the entire time. That was not the case on Ludo’s set and thank god because it taught me different ways to approach a story and role.

It was the first time I didn’t approach the character or basically prepare myself for a role. Because that’s how Anurag dada likes to work. We didn’t have a script. I just had a basic idea of how mine and Adi’s story would pan out in the film.

How different is it to work on an anthology film vis-à-vis a regular movie?

It is different. But not because of the form, but because of Anurag Basu. His whole system and set is drastically different from anything I have worked on before. At the same time, it is so exciting to work on such a set and with such a great cast — Pankaj Tripathi, Rajkummar Rao, Abhishek Bachchan and others.

Ludo is a ‘Diwali release.’ Does the term mean anything to you?

I have heard it so much today. I didn’t know it was such a big deal. It has finally hit me that this is a big deal. For me, it is a major thing that it is releasing on Netflix and during such an auspicious time. Watching a film from the comfort of your home during Diwali would be a great experience, I hope.

Looking at your filmography and from the choices that you have made till now, it doesn’t seem likely that we would see you singing and breaking into a dance in a Bollywood masala movie anytime soon. Do you want to?

Oh yes! I grew up watching those films. I would love to do one someday. It is those films that pushed me to become an actor. The definition of a masala film is changing every day, and the content is the hero today. And I am glad things have changed. It is an exciting time to be an actor. But if I get a full-blown masala movie, I would love to dance in it (laughs).

There is Paglait. Then there is Love Hostel which I am really excited about. Produced by Shah Rukh Khan’s Red Chillies, the film also stars Vikrant Massey and Bobby Deol.

Counting for 140 Assembly segments will commence at 8 a.m. in 633 centres Kerala is bracing itself for the outcome...
Read more
National

A new species of moss of the genus Bryocrumia has been named after the Malabar region of Kerala from where it was spotted. Bryocrumia...
Read more
National

Centre has let the situation slip from bad to worse, says...

Three COVID-19 patients in Khaja Banda Nawaz Hospital in Kalaburagi died on Saturday evening. It is learnt that the tragedy occurred when they were...
Read more
National

Kerala’s COVID-19 case trajectory seemed to take a dip in what is viewed as the direct result of the stringent lockdown-like restrictions and public...
Read more

Counting for 140 Assembly segments will commence at 8 a.m. in 633 centres Kerala is bracing itself for the outcome of the Assembly elections on...
Read more

A new species of moss of the genus Bryocrumia has been named after the Malabar region of Kerala from where it was spotted. Bryocrumia...
Read more

Centre has let the situation slip from bad to worse, says Chidambaram

Blaming the Bharatiya Janata Party (BJP) at the Centre for its poor handling of the COVID-19 pandemic, senior Congress leader and M.P. P. Chidambaram...
Read more

Three COVID-19 patients in Khaja Banda Nawaz Hospital in Kalaburagi died on Saturday evening. It is learnt that the tragedy occurred when they were...
Read more
Bharat News