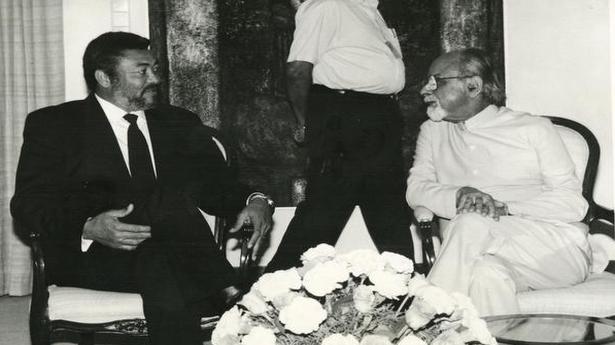 Jerry Rawlings, who seized power twice in military coups but is now credited as a driving force behind Ghana’s emergence as a stable democracy, died on Thursday at the age of 73, a source at the presidency said.

His takeovers in 1979 and 1981 were marked by authoritarian rule and the executions of senior military officers, including General Frederick Akuffo, whom he overthrew in the first coup.

But Rawlings went on to oversee Ghana’s transition to multi-party democracy, winning election in 1992 and 1996 before stepping down in 2001.

Today, Ghana is considered one of West Africa’s most mature democracies and regularly sees power change hands between its two main parties.

A presidential election is scheduled for December 7 between incumbent Nana Akufo-Addo, main challenger John Mahama, Akufo-Addo’s predecessor whom he defeated at the polls in 2016, and other smaller party candidates.

The source at the presidency said Rawlings had died on Thursday morning, but provided no further details.

Rawlings first came to power in the 1979 coup when he was an air force lieutenant. He transferred power to civilian rule soon after but then led another coup two years later, decrying the overnment’s corruption and weak leadership.

From 1981 to 1993, he ruled as chairman of a joint military-civilian government. In 1992 he was elected president under a new constitution, taking up that office the following year.

As President, he liberalised Ghana’s economy, encouraging investment in the country’s oil and gold sectors.

In 2001, he handed over power to John Kufour of the opposition party who had defeated Rawlings’ vice president in the previous year’s election.

After stepping down, Rawlings remained a power broker in Ghanian politics while serving in various international diplomatic posts, including as the African Union’s representative in Somalia.

With just around five months to go for the 2021 West Bengal assembly polls, the Bharatiya Janata Party (BJP) has formed a 117-member election...
Read more
Business

“Faster Recovery Than Expected”: RBI Ups GDP Forecast From -9.5% To...

Kiara Advani to play the face of Lijjat Papad in Ashutosh...

Kiara Advani has been signed to star in filmmaker Ashutosh Gowariker’s next. Titled Karram Kurram, the film will be based on the story of...
Read more
National

A day before the counting of GHMC polls, political parties are pretty clear about where they stand and the two major parties — Telangana...
Read more

The 15-year-old was selected from a field of more than 5,000 nominees. Indian-American Gitanjali Rao, a “brilliant” young scientist and inventor, has been named...
Read more

‘Beijing intends to dominate the U.S. and the rest of the planet economically, militarily and technologically’ The top U.S. intelligence official stepped up the...
Read more

U.K. defends process, says “no corners had been cut” in vetting the jab Dr. Anthony Fauci, the top US infectious disease expert, on December...
Read more

India continues to be among the top three countries with the largest tallies of daily cases and deaths India's first COVID-19 wave refuses to die...
Read more
Bharat News