Joe Biden’s ‘We Just Did’ cap is being compared with Donald Trump’s red MAGA cap; here’s why 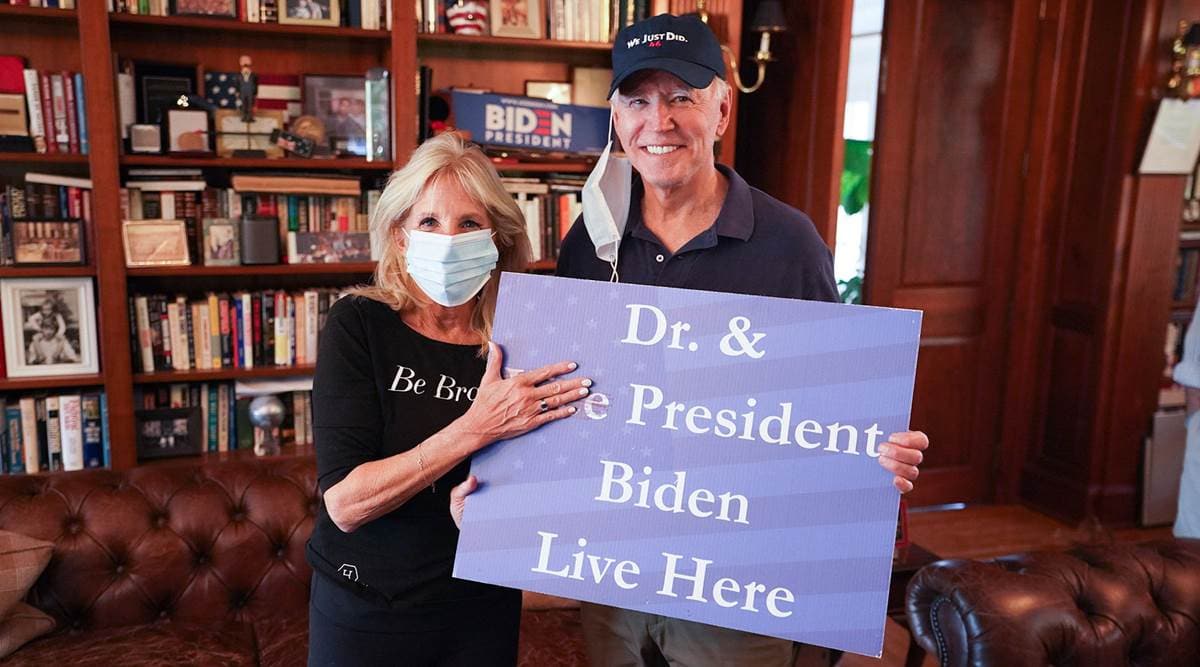 The president-elect’s blue head-wear was embroidered with “We just did” and the number “46,” suggesting his projected presidential role. (Source: Twitter/@DrBiden)

There is a lot of buzz going on around President-elect Joe Biden’s baseball cap. A closer look will tell you that the words “We just did” written on the blue cap have a deeper meaning and bigger connotation — everything to do with the outgoing President of the US Donald Trump.

Even before he took office in 2016, Trump made the bright red cap with the words “Make America Great Again” or MAGA, extremely popular, with his supporters wearing them on numerous occasions. Through the course of his time as the 45th President of the US, Trump himself was spotted wearing the cap.

But with the election 2020 results having tipped in favour of the Democrats, led by President-elect Joe Biden and Vice President-to-be Kamala Harris, a vast majority of citizens in the country are celebrating the ousting of Trump and his associates, whom they blame for the many crises that afflicted the country these past few years, including the mismanagement of the ongoing pandemic, climate change, and the systemic racism that prompted the BLM movement.

Just two days ago, the future First Lady Jill Biden shared a photo on Twitter to celebrate her husband’s victory. In the picture, the Bidens are seen holding a sign that reads — “Dr. & Vice President Biden live here”, with Jill’s hand covering the word “vice” because her husband is on his way to becoming the 46th President of the country.

He will be a President for all of our families. pic.twitter.com/iGPKLMMIcK

“He will be a President for all of our families,” she wrote along with the picture.

Attentive netizens noticed something that then went on to create quite a political buzz in the country and around the world. The president-elect’s blue head-wear was embroidered with “We just did” and the number “46,” suggesting his projected presidential role.

This is, what many believe, in response to Donald Trump’s Make America Great Again slogan.

How it started How it’s going😂 pic.twitter.com/TiOluozUYk

he had the hat ready to go 😂 https://t.co/RmJgWbIEBc

Some Twitter users were also quick to point out that Biden’s hat was a “petty clap-back” to Trump’s “MAGA” messaging, or an example of him “throwing shade” at the current president.

What do you think about the President-elect’s sense of humour?

An elderly man anxiously walking on a road with an old shoe in his hand, having lost the other pair, caught the eye...
Read more

Next round of talks on December 5; farmers decline government lunch, tea during talks. Farmer leaders on December 3 declined the government’s offer of...
Read more
Bharat News