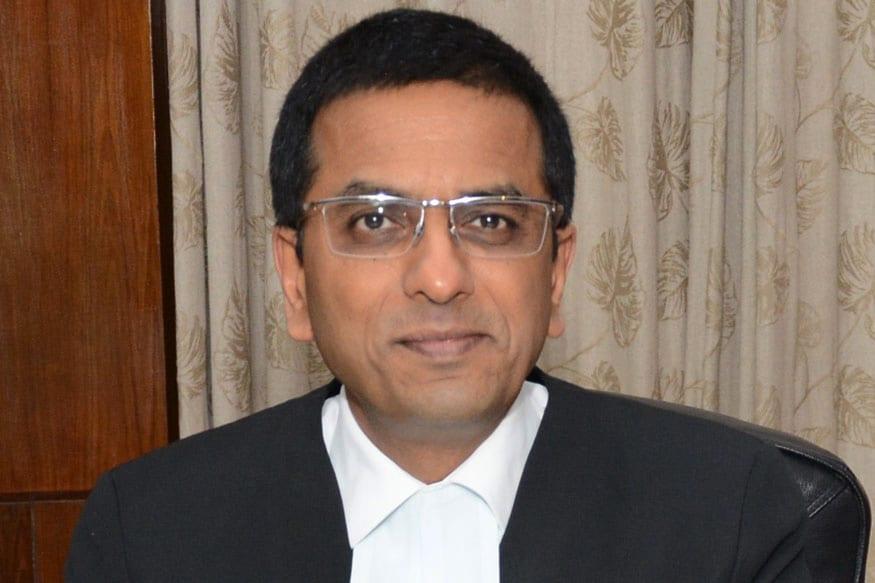 It’s not often that the basis of a judgement garners just as much attention as the judgment itself. But as Justice Dr. D Y Chandrachud sat down on co-incidentally his birthday to give the verdict on Arnab Goswami Vs State of Maharashtra, the why he said became as important as what he said.

During the hearing, Justice Chandrachud made some strong vocal observations on the denial of interim relief by High Court and whether the offence of abetment to suicide can be invoked against a person who is owed money.

“If this court does not interfere today, we are travelling on the path of destruction. Forget this man (Arnab Goswami). You may not like his ideology. Let to myself, I will not watch his channel. Keep side everything. If this is what our state governments are going to do to people who are to be nailed, then the Supreme Court has to intervene. There has to be a message to HCs. Please exercise your jurisdiction to uphold personal liberty. We are seeing case after case. HCs are failing to exercise jurisdiction. People are in jail for tweets,” observed Justice Chandrachud.

While the State of Maharashtra is represented by senior advocate Kapil Sibal and Amit Desai, advocate Harish Salve appeared for Goswami. He further remarked, “Governments should ignore tweets and move on.” Similarly, “If you don’t like a channel, don’t watch it.”

Meanwhile, we also take a look at some of the other highly sensitive cases and significant judgements pronounced by Justice Chandrachud.

“Life and personal liberty are inalienable rights. These are rights which are inseparable from a dignified human existence. The dignity of the individual, equality between human beings and the quest for liberty are the foundational pillars of the Indian constitution.”

The judgement, pronounced on acknowledged and upheld the intrinsic relationship between development and freedom, the fact that privacy is not an elitist construct, the judgement even dismissed the argument that right to privacy must be forgone in the interest of the state welfare.

Every judge of the Supreme Court has a distinct font and writing style. Among the political and legal circles, Justice Chandrachud is also known to divide each issue connected to the case and address it in a separate chapter. For his brave verdict, pertaining the ban on entry of women aged between ten and fifty to Sabarimala temple in Kerala, Justice Chandrachud even admitted to receiving threats.

Delivered on September 28, 2018, in a landmark judgement, her marked the practice as, “a form of untouchability.” The Supreme Court judge further said, “Religion cannot be cover to deny women the right to worship. To treat women as children of a lesser god is to blink at constitutional morality.”

While striking down Section 377

As the supporters of gay rights and members of the lesbian, gay, bisexual transgender community welcomed the Supreme Court’s decision to strike down the ban on gay sex and decriminalise Section 377 on 6 September 2018, an excerpt from Justice Chandrachud’s concurring judgement made it headlines. “Section 377 provides for rule by the law instead of the rule of law. The rule of law requires a just law which facilitates equality, liberty and dignity in all its facets. Rule by the law provides legitimacy to arbitrary state behaviour. Section 377 has consigned a group of citizens to the margins. It has been destructive of their identities,” read his statement, a part of the 177 page long judgement.

For anyone invested or plain interested in matters of national importance are well versed with the name of Justice Chandrachud. It’s been over four and a half years since his elevation as the judge of the Supreme Court and he invariably finds himself pronouncing judgements on all important matters in Supreme Court. For the Ayodhya verdict, as is by now widely known, CJI Ranjan Gogoi read out the judgement but it did not carry his signature. It didn’t take long for the political watchdogs to attribute the judgement’s printed version to Justice Chandrachud.

Aadhaar Card Status Update: Aadhaar is a 12-digit unique number that is issued by the Unique Identification Authority of India...
Read more
National

State reports 96 deaths, while test positivity rate appears to stabilise around 28% in the past few days The State reported 32,680 new cases of...
Read more
Trending

No denial of vaccine, essential services for lack of Aadhaar, says...

The Aadhaar-issuing body has advised that in case of any such denial of service or benefit, the matter should be brought to the notice...
Read more
Entertainment