Kamala Harris says no tax increase for annual income below $4,00,000 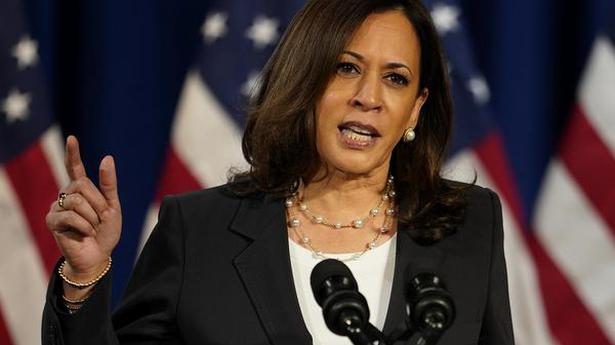 U.S. Vice President-elect Kamala Harris has assured Americans that there would be no increase in taxes for those having an annual income of less than $4,00,000.

At the same time, Ms. Harris has insisted that in the Joe Biden administration, corporations and the wealthiest will finally be made to pay their fair share.

“[As President Biden] Will make corporations and the wealthiest finally pay their fair share and he won’t ask a single person making under $4,00,000 per year to pay a penny more in taxes,” Ms. Harris tweeted on November 11.

Earlier in the day, Ms. Harris and her husband Douglas Emhoff stopped by a bakery in Washington DC. Ms. Harris said such shops empower the nation’s veterans, military families, and caregivers.

“Grateful to all who support our veterans in our communities,” Ms. Harris said in a tweet.

The U.S. media has projected Mr. Biden, a Democrat, as the winner of the November 3 presidential election. However, incumbent President Donald Trump, a Republican, is yet to concede defeat, vowing to mount legal fights in several key battleground states.

Also read: Kamala Harris will speak out on issues, says her uncle

“I think what she means for women of the world is so extraordinary. For women here in the United States, we can’t even measure it. Because to see someone who looks like you in this role, you see what’s possible for yourself. Period,” she said.

Ms. Winfry had organised a major voter education initiative in support of Mr. Biden and Ms. Harris ahead of the election.

“And the generational impact: You can’t put a price on it. You can’t put a measurement on it. I’m just hoping we get through the inauguration and turn the page on this really challenging time for democracy,” Ms. Winfry said.