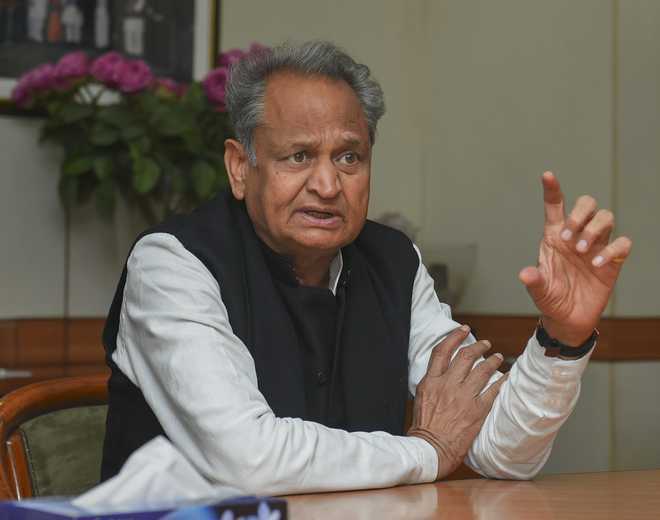 Congress leader Kapil Sibal’s comments to the media criticising the leadership after the Bihar elections defeat has “hurt the sentiments” of party workers across the country, senior leader and Rajasthan Chief Minister Ashok Gehlot said on Monday.

With a few leaders echoing the views expressed by Sibal, Gehlot said in a series of tweets, “There was no need for Mr Kapil Sibal to mentioned (sic) our internal issue in Media, this has hurt the sentiments of party workers across the country.”

“Congress has seen various crises including (in) 1969, 1977, 1989 and later in the 1996, but every-time we came out stronger due to our ideology, programs, policies and firm belief in party leadership. We have improved with each and every crisis and also formed UPA government in 2004 under the able leadership of Soniaji, we shall overcome this time too,” the chief minister said.

There was no need for Mr Kapil Sibal to mentioned our internal issue in Media, this has hurt the sentiments of party workers across the country.
1/

Sibal, a former Union minister, tagged his media interview and tweeted, “We are yet to hear on recent polls… Maybe Congress leadership thinks it should be business as usual.”

The Congress won 19 out of the 70 seats it contested in Bihar as part of the RJD-led grand alliance. The opposition alliance ended up with 110 seats, while the NDA retained power bagging 125 seats in the 243-member assembly.

Sibal was part of a group of 23 senior Congress leaders who had in August written to party chief Sonia Gandhi making suggestions on ways to revive the organisation.

Countering Sibal, Gehlot said, “There are various reasons for electoral loses. But each time rank and file of the Congress Party has shown undivided and firm belief in the party leadership and that is why we came out of it stronger and united after every crises. Even today, Congress is the only party which can keep this Nation united and take it forward on the path of comprehensive development.”

Backing Sibal, Congress Rajya Sabha member Vivek Tankha said it is time to act now, else it will be too late. He also said that for democracy to survive, the Congress has to survive. Tankha was also a part of the 23 leaders who had sought overhaul in the party.

“Kapil ji is an iconic lawyer and hard core congress personality. Together and individually we have fought countless battles and continue to fight ag BJP shenanigans. For our democracy to survive Congress has to survive. Time to act is now or tomorrow may be too late,” Tankha tweeted while tagging Sibal’s interview.

After the party’s poor show in Bihar polls, Karti Chidambaram also pitched for introspection and asked for an internal discussion on the losses.

The Lok Sabha MP from Sivaganga in Tamil Nadu made the cryptic comment while tagging a tweet by Sibal on his interview.

Congress leader Sanjay Nirupam demanded that party leaders who were responsible for taking decisions in Bihar polls should be held accountable for the dismal show, but defended Rahul Gandhi.

Rahul Gandhi only went to campaign for the party but was not responsible for the decisions taken in Bihar, Nirupam added. PTI

‘Grateful to Sikh Americans who continue to stand by their neighbours as essential workers of the pandemic’ Sending their...
Read more
National

As the first step towards chalking out a plan to prevent flooding and inundation in low-level areas in and around Chennai during the monsoon,...
Read more
National

Department of Higher Education authorised to take the decision about re-opening of colleges and higher education institutes The Odisha government has allowed re-opening of medical...
Read more