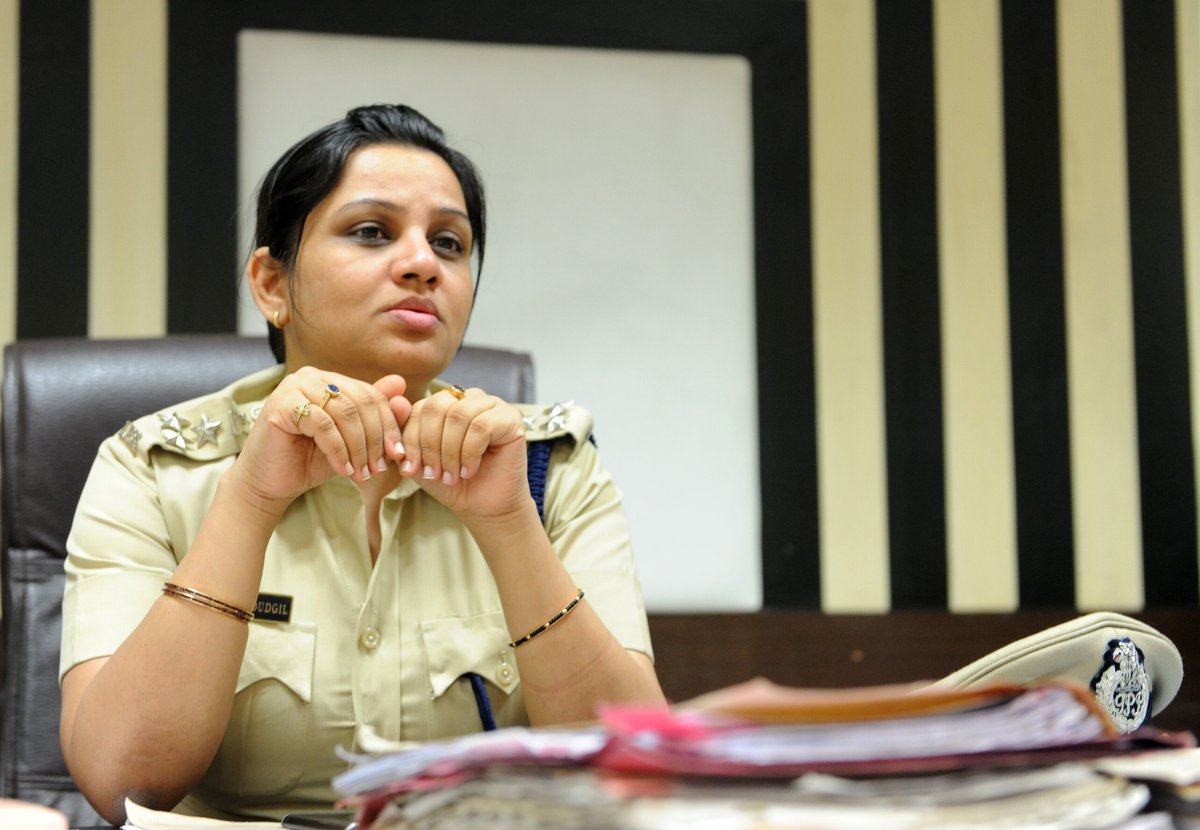 Karnataka IPS officer D Roopa took social media by storm as she was majorly trending on Twitter on Wednesday, November 18 for her fearless stance condemning firecrackers. The IPS officer demolished social media trolls who wanted her to take down her comments that there is nothing Hindu about bursting crackers.

On Tuesday, IPS Roopa took down two staunch propagandists on Twitter head-on. The Twitter users, True Indology and The Skin Doctor engaged in a heated debate with the IPS officer on whether firecrackers are a part of the epics and Puranas.

In an attempt to troll the IPS Roopa on her support for firecrackers ban during this Diwali, several asking her whether she would also interfere in the practices of other religions.

On November 14, Roopa wrote a post on Facebook, expressing displeasure over public defiance of the firecracker ban on Diwali and asked if the festival of light can’t be celebrated without firecrackers.

“Ban on crackers in Bengaluru is for this year alone, given COVID situation. Why can’t for one year we abstain ourselves from the use of crackers? Are we so hollow that our joy is dependent solely on crackers? There are many ways to celebrate Deepawali. Light diyas, meet people, exchange mithai…but no, adamant people only want crackers,” she had written.

“For those who cry victim that this is done to Hindus, well, crackers were not there during the early and later Vedic age; there’s no mention of crackers in our epics and Puranas. Crackers came into this country with Europeans. It is no core-tradition or custom related to Hinduism,” she had said.

Her Facebook post garnered a number of shares and comments, with some people expressing support for the cracker ban and some respectfully disagreeing with the IPS officer.

However, when the screenshot of the post was shared on Twitter by some users, many expressed anger against the IPS officers’ comment for what they called “interference into the tradition” asking her to speak against the customs of other communities.

True Indology also jumped into the debate and contended Roopa’s claim that firecrackers didn’t exist during the Vedic period and that there was no mention of it in Hindu epics and scriptures. The IPS officer asked the user to produce proof of its claim. After a lengthy debate, she lashed out at the user for calling her responses to her “entitlement of babus and arrogance” and questioned the user’s decision to remain nameless.

The True Indology’s account was finally suspended. It is also to be noted that True Indology’s first account was suspended a few years ago. Several other social media users including actor Kangana Ranaut, BJP leader Kapil Mishra, OpIndia editor Nupur Sharma came down heavily on the IPS officer and the micro-blogging site and demanded that the anonymous user’s account is restored. Soon #BringBackTrueIndology started trending on Twitter.

“You are a hero @TIinExile, at times the fight for civilisation feels like a lonely and thankless battle, to see the organised power of the other side can make one disheartened but keep at it, one day you will be a leading voice, my love and blessings #BringBackTrueIndology,” Kangana wrote on Twitter.

The actor went on the say that D Roopa was not worthy of holding the post and blamed the reservation system.

Side effects of reservations, when unworthy and undeserving gets the power they don’t heal they only hurt, I don’t know anything about her personal life but I guarantee that her frustration is stemming out of her incompetence #BringBackTrueIndology https://t.co/BUrVm1Fjz3

Meanwhile, senior Congress leader Abhishek Manu Singhvi also stepped into the matter, saying that it does not suit IPS officers of the country to be arguing with Twitter handles “that too during working hours.”

“Doesn’t befit IPS officers of the country to be arguing with anonymous Twitter Handles that too during working hours. Make a point, let it go, you aren’t winning anything by arguing on SM (social media),” he wrote on Twitter.

Prior to this, she has held many important posts including the role of inspector general of police (IGP), Railways in Bengaluru. Fearless, forthright and feisty, the 2000 batch IPS officer is married to IAS officer Munish Moudgil.

She rose to fame in 2017 when she was transferred from her post as Deputy Inspector General Prisons, days after she alleged that AIADMK leader VK Sasikala was enjoying VIP treatment during her jail team at Parappana Agrahara central prison. IPS Roopa had been transferred 41 times in 17 years till 2017, media reports said.

In 2018, she refused to accept the ‘Namma Bengaluru Award’ of Namma Bengaluru Foundation, saying her conscience didn’t permit it as it carried a heavy cash reward.

Cycling enthusiasts have drawn up a series of recommendations to be included in manifestos The State has not been immune to the cycling revolution sweeping...
Read more
Business

More than 1,700 people have been arbitrarily detained and that arrests were escalating, says Michelle Bachelet The United Nations human rights chief called on...
Read more
Entertainment

An unidentified person called Uttar Pradesh Police and said that some explosive device has been planted inside Taj Mahal's premises which would blow up...
Read more

Ties with India ‘global strategic partnership,’ not ‘zero sum game’ with Pak: US