KBC 12 to get its third crorepati in Anupa Das 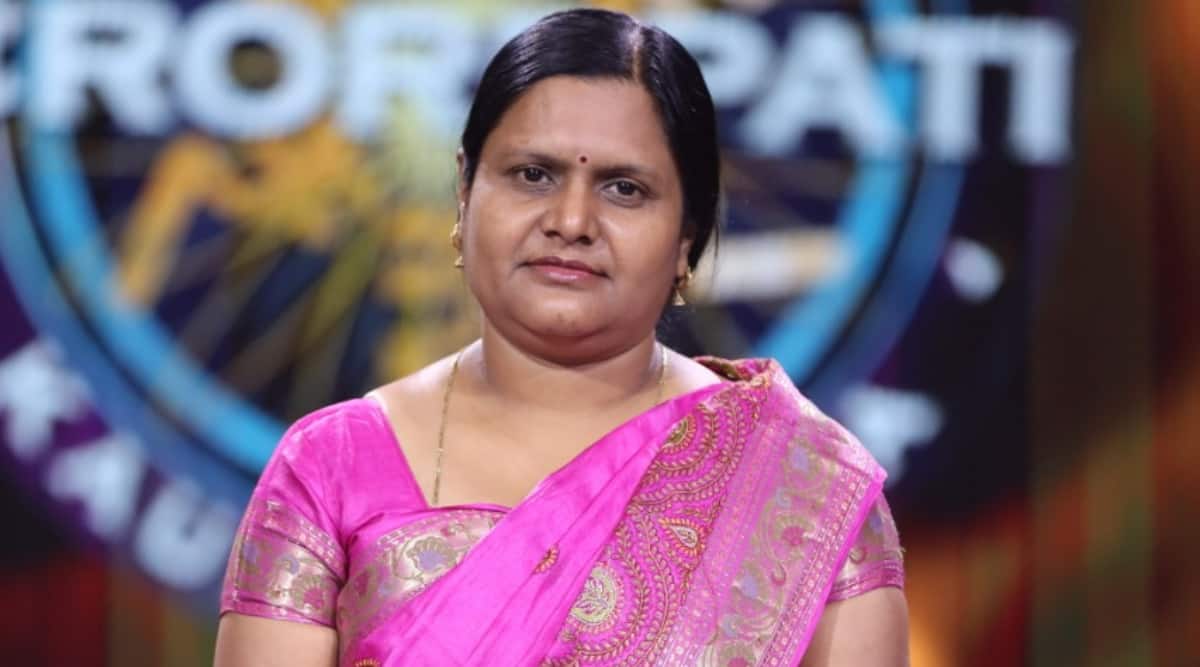 It’s going to be a hattrick on Kaun Banega Crorepati 12, as Anupa Das will become the next contestant to take home Rs 1 crore on Wednesday’s episode. The Amitabh Bachchan-hosted series in the last two weeks saw Nazia Nasim and Mohita Sharma also become crorepatis.

Das hails from Jagdalpur, Bastar in Chhatisgarh, and is a teacher by profession. The 42-year-old left Big B impressed with her confidence, humility and emotions, as he called her game an “extraordinary” one. As he announced “sahi jawaab” on the crore question, the winner grinned ear-to-ear, while trying to hide her tears.

In a video shared by Sony TV’s official social media page, Anupa Das is seen sharing how she has been trying to be on KBC for the last 20 years. She also says that the prime reason to be on the show was to win enough money for her mother’s cancer treatment. On the show, she will also open up about her personal struggles – a failed marriage, being the sole bread winner for the family, and her tryst with her mother’s illness.

ANUPA DAS strived her way to reach the hotseat and answered every question with a confident smile. Watch her become the third crorepati, this Wednesday at 9PM on #KBC12, only on Sony TV. @SrBachchan @SPNStudioNEXT pic.twitter.com/o7KQZjgucF

A firm believer of faith, Anupa Das will also speak about moving to Mumbai with her mother earlier this year. She will share that given it’s a mega city, she had a lot of negative assumptions about the place and its people. However, she soon realised that everyone around her was always ready to help, even though being strangers.

Citing an example, the teacher will say that once a person stopped his car to ferry his unwell mother in rains. “It was the times of Covid, and no one even wanted to come close to each other. And this man, without any apprehension came forward to help us. I don’t remember his face, but I would like to take this opportunity to thank him again,” Das said. She added that she always believed that while God cannot be everywhere, he has his own way of making his presence felt.

Share
Facebook
Twitter
Pinterest
VK
WhatsApp
Previous articleMicromax in Note 1 Next Sale Will Start at 12 Noon on December 1
Next articleShehnaaz Gill disses Bigg Boss 14, says this time the trophy is destined to remain on the stage

The 73-year-old scholar, who was also a Talamaddale ‘arthadari’ and Yakshagana artiste, had written at least 15 Yakshagana ‘prasangas’....
Read more
Trending