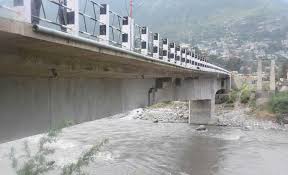 Parts of an under-construction bridge on the Rishikesh-Badrinath national highway collapsed here on Sunday, leaving a labourer dead and 14 others injured, officials said.

Around 60-metre stretch of the bridge being built over a rain-fed stream in Goolar along NH 58 caved in on Sunday evening, Muni ki Reti SHO, RK Saklani, said on Monday.

A labourer at work was killed in the accident.

The deceased has been identified as 26-year-old Satpal, who was from Hasanpur in Amroha district of Uttar Pradesh, the SHO has said.

A case under various sections of the IPC has been registered against the construction company RSTL Private Limited, the official said.

Chief Minister Trivendra Singh Rawat has asked the chief secretary to look into the causes of the accident, the CMO said in Dehradun. PTI