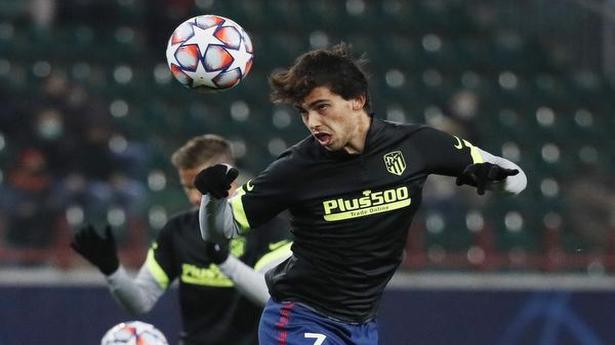 Atletico Madrid’s LaLiga challenge will not succeed or fail on Saturday but end a decade-long drought by beating Barcelona and it could justifiably become a favourite for the title.

A first league victory over Barca since 2010 would put Atletico nine points clear of its opponents and extend an impressive unbeaten run in the league to 24 matches.

A convincing start, spearheaded by a flourishing Joao Felix and the invigorated Luis Suarez, has generated optimism but a real sense of opportunity has sprouted from the imperfections of its rivals.

It is a great pity that Suarez, infected by coronavirus, will not face Barcelona, the club that so clumsily cast him aside in the summer.

Lionel Messi would be the thorn in Diego Simeone’s side but the 33-year-old has not been his scintillating self in recent weeks, still weighed down perhaps by his blocked attempt to leave last summer.

Barca will also be missing Ansu Fati and Sergio Busquets, both of them injured.

Defending champion Real Madrid’s defensive problems will not be helped by injuries to Sergio Ramos and Raphael Varane against second-placed Villarreal.

Sachin was the lone Indian man to book a place in the final of the World youth boxing championships here.Sachin defeated former European junior...
Read more

The Royals bowling unit has been underwhelming to say the least. Off to the best possible start with three wins on the trot,...
Read more
Bharat News