Left slams RBI proposal to give banking licences to corporates 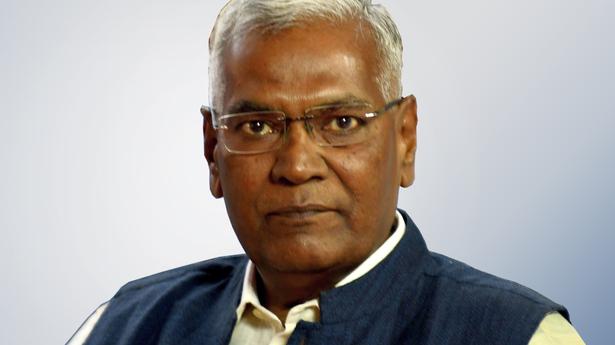 A retrograde move and it permits loot of people’s savings demolishing the system, they say

The Left parties slammed the RBI proposal to give banking licences to large corporates calling it a retrograde step.

The RBI had strongly objected to this in the past. Former RBI Governor Raghuram Rajan and Deputy Governor Viral Acharya have also criticised the move.

CPI general secretary D. Raja said this is a retrograde move and should not be allowed. He said this is a continuation of the Modi government’s “pro-corporate neo-liberal” economic policies. “It should be recalled here that at the time of Independence, all the banks in India were owned by business houses but none of them came forward to help the government in its planned economic development projects,” Mr. Raja said.

He said the CPI was a votary to nationalisation of banks. “Nationalised banks have today become the main engine of economic development.” Mr. Raja also pointed that private banks have been running into trouble, the latest example is the Lakshmi Vilas Bank.

“It is unfortunate that instead of learning lessons, the RBI is proposing to hand over banking licence to corporate and business houses,” he said.

The RBI’s proposal to give banking licences to corporates will jeopardise common people’s interest and run counter to India’s economic development. “Giving licence to corporate and business houses is the most retrograde step and should not be allowed,” he said.

CPI(M) general secretary Sitaram Yechury also had a similar grim prognosis. He posted news reports on how the RBI had ignored the advice of experts. “Ignoring the advice of experts has become routine for this government. Modi’s cronies looted banks taking huge loans. Lakhs of crores of rupees have already been written off. Corporate takeover permits loot of people’s savings demolishing the banking system,” Mr. Yechury tweeted.

Karan Kundrra says he hasn’t moved on yet. The actor was in a long relationship with VJ-actor Anusha Dandekar. The news of their break-up...
Read more
National

With a surge in the number of COVID-19 cases in the State, the demand for medical oxygen has in the last few days shot...
Read more
National

When director Hariharan met actor Vivek for the first time, the latter hadn’t made his debut in cinema.“Vivek was popular those days, back in...
Read more
Trending

With a surge in the number of COVID-19 cases in the State, the demand for medical oxygen has in the last few days shot...
Read more

When director Hariharan met actor Vivek for the first time, the latter hadn’t made his debut in cinema.“Vivek was popular those days, back in...
Read more

Govt. restrictions on gatherings also force many to alter or postpone nuptial plans Software engineer Bharat Ram, who is getting married on April 25, had...
Read more

Son of the late Sulochana Pattabhiraman, eminent musician and musicologist, he was a member of the Executive Committee of The Music Academy. Gentle giant…...
Read more
Bharat News