Ludo movie review: Hijinks in the time of Corona

All hands on deck: Armed forces use veterinary corps personnel at Covid facilities 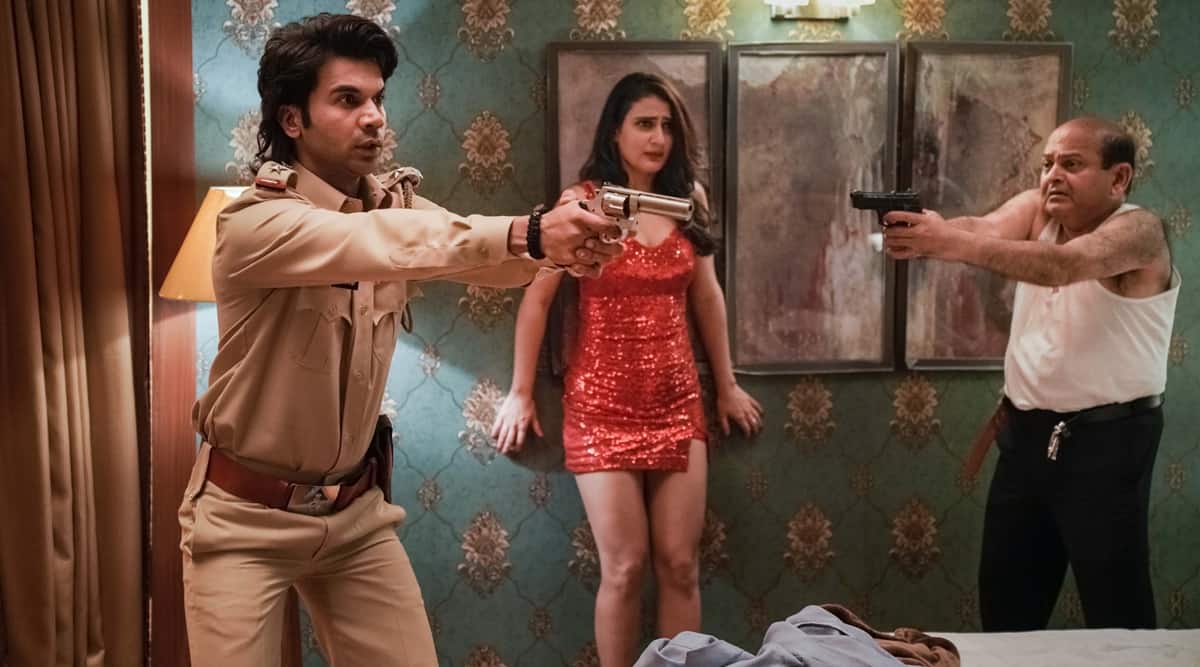 Ludo is streaming on Netflix.

There are very few Bollywood filmmakers who can do madcap like Anurag Basu does. Life is ludo, and ludo is life, declares a character in Basu’s latest, and the game begins. The declaration comes with an invitation to observe a bunch of characters criss-crossing, sometimes closely, sometimes tangentially, and to see where they fetch up, to the beat of that lovely old Bhagwan dada song–o beta ji, o babuji, kismat ki hawa kabhi garam, kabhi naram.

This is the kind of film where you are meant to expect the unexpected, bizarre twists segueing into crazy turns. And there are several spots which do the needful: of special note is the go-bananas sequence in which a ‘epicentre of local crime’ blows up and the consequences of the blast ripple out; a fairly sharp comic set with takedowns of ‘godi’ media, and the conjugating of cows and votes; and an absolute corker which involves a crane and a hospital bed. I won’t give anything more away but someone in the writer’s team, re the last bit, has clearly read their Modesty Blaise.

Some members of this ensemble cast provide a high degree of amusement. Tripathi-the-don, gun strapped on high on thigh, is on the top of his game, although right about now is a good time for him to start breaking out of the permanent criminal-mobster trap. Rajkummar Rao steals my heart away, all over again: his role, a hopeless aashiq who is an ‘emosional phool’, is a beaut, and he does full justice to it. There are also some moments in their ‘we know but they don’t know that they are made for each other’ track, that Roy Kapoor and Malhotra fill. There’s also the guy who is having it off with another woman but expects his wife to rescue him from his troubles. He’s a good one. And as the straight-talking nurse who falls for a completely inappropriate fellow, Shalini Vatsa is a delight.

The trouble with this flip-flop, clip-clop, is that it goes on for too long. The last time Basu had adopted the same unknown-characters-coming-together format in Life In A Metro, the time taken for a wrap was one and a half hours, which was perfect. This one takes two and a half hours to get where it wants to go, flattening the curve: Bachchan, for example, is saddled with a precocious, smart-talking young thing in a too-stretched kidnap thread. And a Mexican stand-off, bullets spraying, bodies falling, is fun the first time around, but by the second, it is old.

Still, in this time of corona, the virus finding an honourable mention in the movie, we could do with some fun and games, even if it slackens in bits. Basu is also a dab hand at using music in his movies: the perky musical interludes tell a story of their own. A six can be a nine, and yes, a strike can take you straight to the gates of heaven. Throw that dice.

The Editors Guild of India (EGI) has condemned the air strikes on a building in Gaza that housed the editorial offices of Al Jazeera...
Read more
Entertainment

Bigg Boss fame Rahul Vaidya and Rashami Desai have ‘something beautiful’ in the works. The celebs took to their social media platforms to reveal...
Read more
Sport

Virat Kohli is best batsman in world, will always remember him,...

Postpaid 4G connections to Asha and ANMs for effective coordination with...

The decision comes in the light of network related problems encountered in accessing the data from the village level by the headquarters. As part of...
Read more

Filmmaker-writer-producer duo Raj Nidimoru and Krishna DK are celebrating the popularity of their Telugu comedy film Cinema Bandi. The film, which released on Netflix...
Read more