COVID-19: Gatherings to be banned in Maharashtra from Monday, says CM 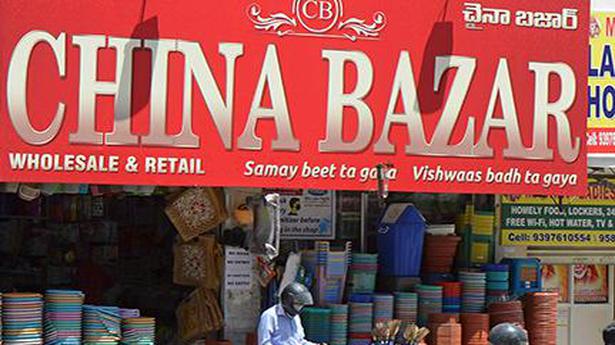 Chinese products continued to find favor among more than a fourth of Indian households as they offered higher ‘value for money’ even as a majority of respondents chose to skip products made in China, according to a survey.

In a survey by LocalCircles, which registered 14,000 responses, 71% respondents said that they “consciously did not buy made-in-China items”, while 29% said they had bought made-in-China products this festival season.

Asked what prompted them to choose Chinese products, 66% respondents who purchased made-in-China products said they did so because they found the products offered ‘value for money’, while 13% chose them for their “uniqueness”. “Though 71% consumers did not buy made-in-China products this festive season, many of those who did, ended up doing so because of lower prices,” LocalCircles said in a statement.

“With earnings impacted … for many cars this year, buying the lowest-cost product was not a choice but the only option.”

COVID-19: Gatherings to be banned in Maharashtra from Monday, says CM

Proposal to allow U.S. based firm to build trawlers for deep-sea fishing The government on Sunday reportedly decided to scrap the proposal to allow...
Read more
World

Among the arrested was Qiu Ziming (38), an investigative journalist formerly with The Economic Observer Authorities in China have said they have detained three people...
Read more
National

FIR said the Twitter handles had spread false Information that the girls had been raped, which was not found in the post mortem report. The...
Read more
National

Re-employment is a sticky point as Chinese firm has not given specific assurances to Talegaon staff As India and China began talks for the second...
Read more

How To Check Share Allotment Status Of Nureca IPO

I neither had a dream nor role-model, says Finance Minister Nirmala Sitharaman

“But I am not even sure I had a dream. I just kept doing what was before me and went along the flow....
Read more

Cairn Hopeful Of Solution In $ 1.2 Billion-Plus Tax Dispute With Center

<!-- -->This month, Cairn filed a case in a US district court to enforce the arbitration awardCairn Energy Plc said on Sunday it had...
Read more
Bharat News