‘Marathis belong to us too’: BS Yediyurappa, Ajit Pawar spar over border row [Here’s why] 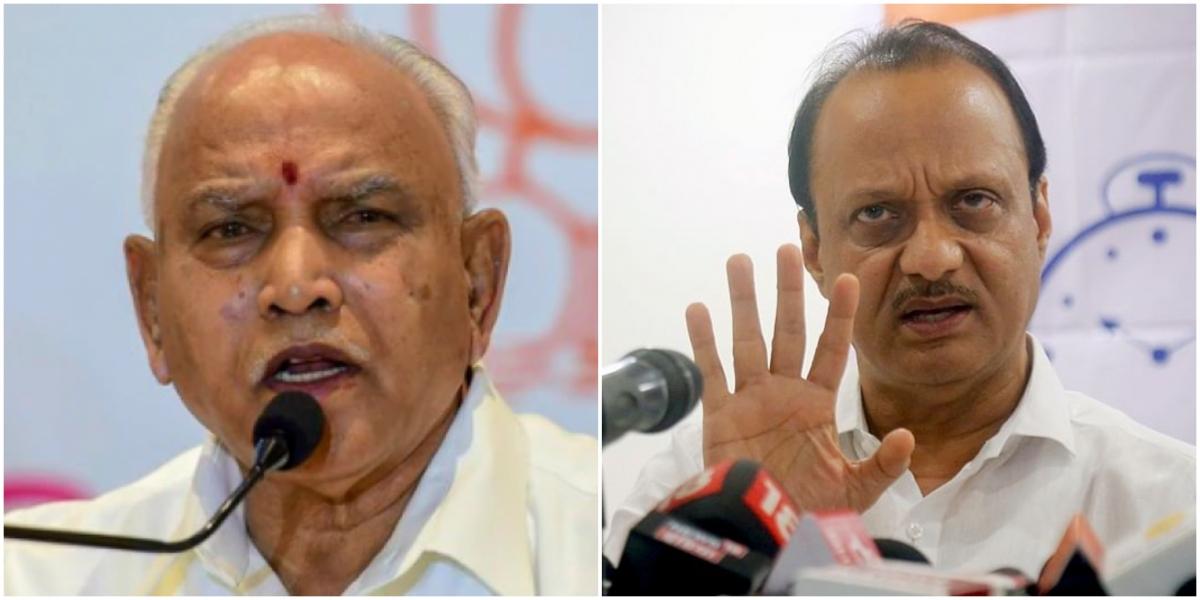 Over the decades, Karnataka and Maharashtra have always been at loggerheads over areas along the border in districts such as Belagavi, Karwar and Nipani.

Now, Maharashtra Deputy Chief Minister Ajit Pawar has triggered backlash and protests in Karnataka with his statement that the Marathi-speaking regions of Karnataka should be included in Maharashtra.

Karnataka CM BS Yediyurappa reacted to his remark and hit out at the Maharashtra DCM engaging in an online war.  Here’s what triggered the barrage of angry reactions:

On November 18, Ajit Pawar praised Shiv Sena founder Bal Thackeray for fighting all his life for the Maratha pride. Remembering the Shiv Sena leader, Pawar said, “Late Balasaheb had struggled his entire life fighting for the rights of the common man. He always dreamt about the overall development of Maharashtra and to make a united Maharashtra including Belgaum, Karwar and Nipani. So, let us resolve to fulfill this dream.”

Karnataka CM Yediyurappa reacted to this statement and said, “Mahajan Commission Report is final report. Marathi-speaking people are just like Kannadigas, they too belong to us. Maratha Development Authority formed for their development. The statement is just to trigger unwanted controversy. I urge him not to make such statements.”

“During the Belagavi Vishva Kannada Sammelana (World Kannada Meet held in 2011) they (Marathi people) had participated in a big way. When such is the situation, Ajit Pawar has tried to incite fire, it is condemnable. I condemn it. They have to stop making such statements in the future,” Yediyurappa added.

To which Deputy CM Laxman Savadi said, “I’ll write to Ajit Pawar asking why he said this.” Renukacharya, political secretary to the chief minister, said, “I warn Ajit Pawar, be careful. Don’t make such statements.”

‘Yediyurappa, as always, is adopting divide and rule policy’: Siddaramaiah hits out

Amid all of this former CM and Congress leader Siddaramaiah hit out at the schemes implemented by the Yediyurappa government for the benefit of Marathi-speaking people in Karnataka’s border areas.

Siddaramaiah said, “Yediyurappa, as always, is adopting divide and rule policy by establishing Maratha development authority. With only electoral benefits in mind, Yediyurappa is taking the unscientific route of establishing development bodies based on only castes.”

“Karnataka BJP, which has failed to compete on development agenda during elections, is destabilising social harmony through divisive politics. This is against democracy and social justice,” he further said. Meanwhile, Karnataka Rakshana Vedike (KRV) activists protested against the setting up of the Maratha Development Authority and also Ajit Pawar’s remarks.

Two hospitals have been denotified by the Rewari district administration as dedicated COVID-19 healthcare centres for overcharging from the patients in violation of...
Read more
National