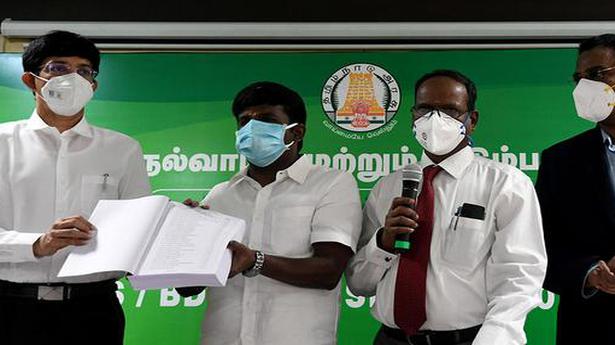 With the State government releasing the merit list and kick-starting the process of counselling for admission to medical and dental colleges, a special merit list was also released this year, for students of government schools who qualified in NEET and would be eligible for seats under the new 7.5% reservation policy.

Four students from Chennai, Kancheepuram and Tiruvallur districts are among the top 10 rank-holders under the 7.5% quota for MBBS admissions in 2020-21. S. Dhivyadarshini, who scored 620 marks in NEET and secured the third rank, said, “While I had attended coaching classes for my previous NEET attempts, I realised that self-study worked better for me this year. The last one year, I studied by myself.”

During the lockdown, there were medical students and doctors who reached out to aspirants and helped them. “We had WhatsApp groups where we could get our doubts clarified, and this helped with the last leg of preparations,” said the medical aspirant who studied at the Government Higher Secondary School, Arumbakkam.

C. Sivaranjani of Jaigopal Garodia Government Girls Higher Secondary School, Tiruvallur, secured the sixth rank. She cracked NEET in her second attempt. Ranked seventh on the merit list, S.M. Suryalakshmi, who studied at the Government Girls Higher Secondary School at Porur, said she was hoping to get into the Madras Medical College. U. Indiradevi, who scored 523 marks and secured the eighth rank, said, “NEET aspirants should go through questions from the previous years in particular and practise with them. I found this to be helpful after my previous attempt.” The daughter of a weaver, Indiradevi hopes to specialise in ophthalmology.

In Tiruchi, eight of the 24 students of government schools who cleared NEET in the district figure on the list. Of them, four had cleared the test in their second attempt. Among the toppers were four girls and four boys. Three of them were from the Government Higher Secondary School, Manachanallur, and one each from the government schools at Lalgudi, Sevalpatti, Tiruppanjili, Thandalaiputhur and T. Murugapatti.

Hari Krishnan S., who scored 423 marks and bagged the 38th rank, said his father, who works at a grocery store, was his biggest supporter. “My preparation was guided by the students of NIT-T. They helped me focus on subjects I had difficulty with, and at weekends, they made arrangements for us to stay on the NIT-T campus so that we could access their library and meet the trainers,” he said.

G. Ramya from Salem, ranked 10th, repeated NEET after undergoing coaching at a private centre in Namakkal. She scored 513 marks. She studied at the Government Higher Secondary School at K. Morur in Kadayampatti. K. Boopathi from Erode, ranked fifth, scored 559. He is the son of daily-wage earners. R. Srijan from Erode, who scored 710 marks, topped the State list for the regular quota.