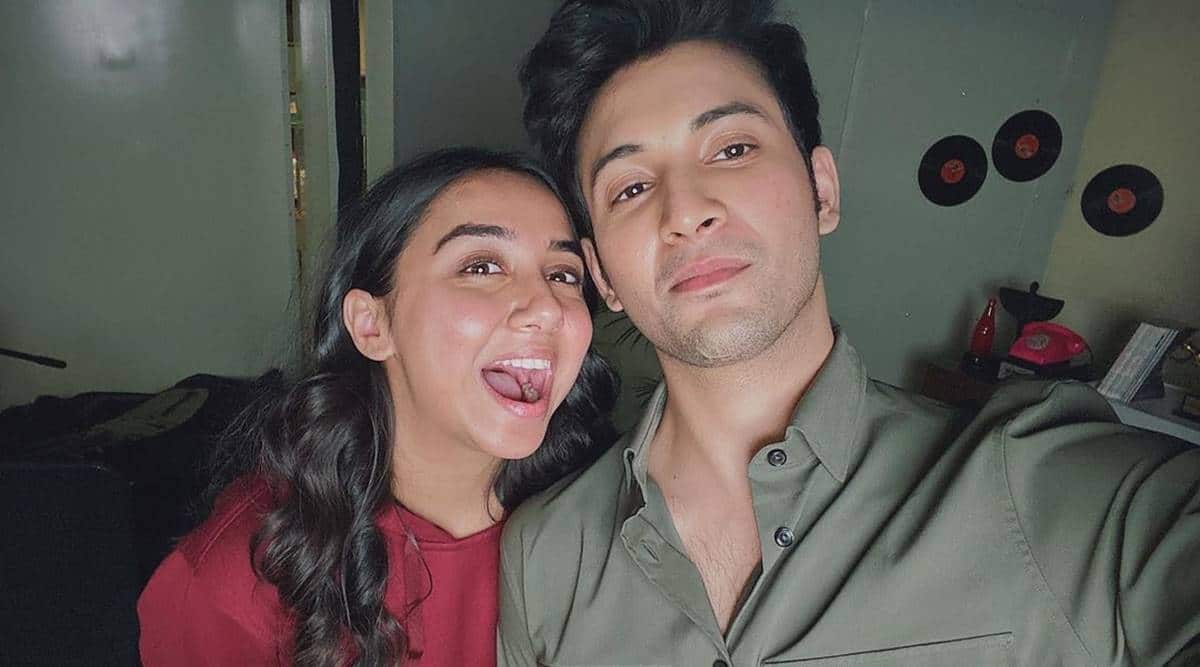 Written by A. Kameshwari
| New Delhi |

YouTuber Prajakta Koli is adding another feather to her cap. The digital star is making her acting debut with Netflix original series Mismatched, directed by Akarsh Khurana.

In a conversation with indianexpress.com, Prajakta Koli and Rohit Saraf spoke about their characters Dimple and Rishi, respectively, what to expect from the series and much more.

How did you identify with Dimple and Rishi?

Prajakta: I think the credit goes to the writers and directors who spent a lot of time in understanding the characters before they came to us. We gave our first shot in front of our director Akarsh. He knew our characters, their thought process. So, everything came laid out on a platter for me. It was easy to play Dimple because she sounded like someone you know.

Rohit: Let’s say I was given the shades of Rishi on a platter. So, I had to blend them with the help of my director. It’s like being given a canvas with multiple colours and I had to find my way to build the character. Apart from the writers and directors, I would also credit the co-actors because while playing Rishi, my co-actors’ reactions helped me to understand my character better.

What made you want to be a part of the series?

Prajakta: For me, this was a big decision because I was stepping out of my YouTube universe for the first time. I had a couple of opportunities before this but they just did not feel right. When I read the story of Mismatched, I looked at it as an audience and I felt that I totally wanted to be a part of the show. I felt lucky to have got such an opportunity, which is so perfect.

Dimple’s mother focuses more on beauty standards than education. Growing up did anyone around you have such experiences?

Prajakta: My parents did not focus on education much but they used to tell me that no matter what happens, don’t be average. They always knew that I am more creatively inclined. I took career counselling in class 10. The counsellor called up my parents and told them that they should take care of the fact that I study for my 10th because if left on me, I won’t pick up the books ever. (laughs) Beauty standards were never a part of a conversation, be it in my house, among my friends or even the crew I am working with.

How do you personally feel about such a mindset?

Prajakta: I am happy that there are conversations otherwise. People had a thought process for a long period but now, they are like – bas ho gaya (enough is enough).

Rohit: The conversations have changed. I believe that now people speak up and take a stand against someone who passes judgements about another person.

Prajakta: People are getting to a point where they are breaking stereotypes not because they are accepting others but accepting themselves for which I will give credit to the younger crowd on the internet who empower each other and make these conversations happen. So, I think beauty standards have become a flimsy topic. If you are talking about beauty standards, I won’t take you seriously. As actors, creators, filmmakers, writers and whatnot, we are so much more than just beauty.

Was your life a mismatch of expectations vs reality?

Rohit: I think 2020 is a big example of mismatch of expectations vs reality.

Prajakta: I grew up wanting to be an RJ and I was expecting to become the best radio jockey this country has seen until I became one and quickly realised that I suck at the job. Later, I became a YouTuber.

Rohit: 2019 has been kind to both of us. There have been incredible achievements in life that have happened. Prajakta did phenomenal work even during the lockdown. For myself, while professional life was a tad bit slo, in my personal life, there have been incredible moments which I deeply cherish and value. Having two releases in November is nothing but a privilege. So, while I am unsure about the success, it sure is a phase of happiness.

How would you describe Mismatched?

Prajakta: It is a binge-worthy, light-hearted happy show.

Rohit: It is a beautiful amalgamation of love, friendship, acceptance and is very relatable. People will enjoy it.

Mismatched will begin streaming on Netflix from November 20.

Veteran Marathi actor Shrikant Moghe has passed away following age-related illness. He was 91. The actor died on Saturday at his Pune residence, according...
Read more

Hrithik Roshan wants to play ‘this’ character in a comedy, watch video

Hrithik Roshan shared a visual treat for his fans last night. The dapper actor wrote, “Finally found the character I wanna play in a...
Read more

Karan Johar keeps sharing videos and photos of his kids Roohi and Yash Johar time and again. While we have often seen them roasting...
Read more

Inside the complicated relationship between British royal family and television

Britain’s royal family and television have a complicated relationship. The medium has helped define the modern monarchy: The 1953 coronation of Queen Elizabeth II was...
Read more
Bharat News