Modi to unveil ‘Statue of Peace’ in Rajasthan on Monday 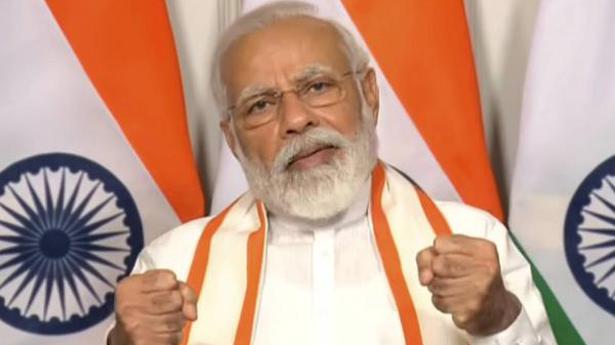 The 151-inch-tall statue is made of “ashtadhatu” (eight metals with copper being the major constituent) and is being installed at the Vijay Vallabh Sadhana Kendra, Jetpura, in Rajasthan’s Pali, an official statement said.

The saint, who lived during 1870-1954, led an austere life, working selflessly and dedicatedly to spread the message of Lord Mahavira, it said.

He also worked relentlessly for the welfare of the masses, spread of education and eradication of social evils, wrote inspiring literature (poetry, essays, devotional hymns and stavans) and gave active support to the freedom movement and the cause of the swadeshi, the statement said.

With his inspiration, more than 50 educational institutions of eminence, including colleges, schools and study centres, are operational across several states, it added.

It is home to a wide range of wild animals including tigers and elephants, birds, amphibians and reptiles A massive...
Read more
Entertainment

Can India Catch Up to Global Standards of Digital Safety and...

In the age of a pandemic, digital platforms and social media are fast growing phenomena. The Internet connects over 2.5 billion users worldwide, offering...
Read more
National

Online education is not an option for all as only one in four children has access to digital devices and Internet connectivity, the study...
Read more

Online education is not an option for all as only one in four children has access to digital devices and Internet connectivity, the study...
Read more

The task force also suggests that the Union Agricultural Ministry should examine scope of including natural rubber under MSP scheme The task force on the...
Read more
Bharat News