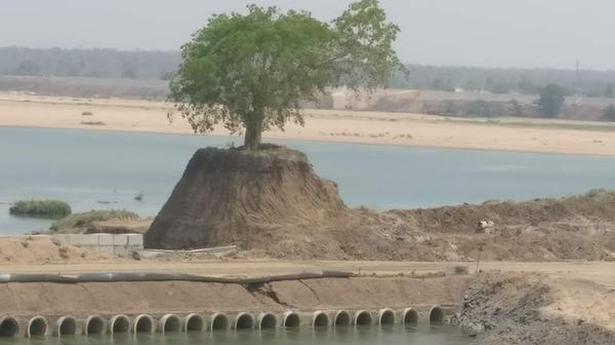 An expert appraisal committee of the Ministry of Environment, Forests and Climate Change (MoEF) on river valley projects has suggested inclusion of one additional member dealing with environmental violations in the seven-member panel as directed by the National Green Tribunal (NGT) to assess the extent of environmental damage caused with Kaleshwaram project works till clearance was given in 2017.

Accordingly, the expert committee would now have eight members.

The EAC that met on October 29 virtually, took up the October 20 order of NGT Principal Bench on Kaleshwaram project for discussion along with other listed issues. The additional member would help achieve the work specified by the NGT within the given time frame of six months, it was observed at the meeting.

The MoEF panel was of the opinion that the additional member from EAC dealing with the violation cases would help the expert committee in assessing the extent of damage caused while executing the project works prior to grant of environmental clearance in 2017.

Some components of the project, earlier known as Dr. B.R. Ambedkar Pranahitha-Chevella Lift Irrigation Project, were executed without green nod during 2008-17.

It is stated that the additional member would also help identify the appropriate restoration measures pertaining to the environmental and impact and damage caused by the project works carried out from 2008 to 17.

As per the NGT order, the expert committee is basically tasked to look into the relief and rehabilitation measures adopted with regard to works executed without environmental clearance from 2008 to 2017 and measures to be adopted further required to undo the damage to possible extent.

One Md. Hayath Uddin moved the NGT in 2017 alleging that construction activities of Kaleshwaram project were commenced both in the forest and non-forest land without requisite clearances.

A team of NGT regional bench in Chennai visited the project works from August 6 to 9 in 2017 and submitted a report to the ministry later in the month stating that diversion of forestland was also involved in the project and a proposal was submitted seeking forest clearance for 2,866 hectares land.

The MoEF accorded the environmental clearance to the project during the last week of December 2017 following due procedure.