Morikawa not intimidated by Masters challenge 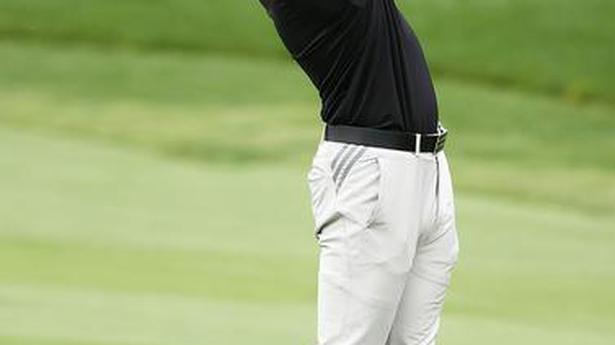 Masters rookie Collin Morikawa will take on Augusta National for the first time this week and the PGA Championship winner said on Monday he fully trusts his process and is not intimidated by the challenge that awaits.

Morikawa, 23, has taken the golf world by storm and the three-time PGA Tour winner is not about to let the mystique of Augusta National get in the way of his Green Jacket dreams.

“Every course I’ve pretty much played over the last year and a half, I’ve never seen,” Morikawa said during a news conference at Augusta National Golf Club.

“I’m not afraid of any course out here … I wouldn’t say I focus more on certain courses than others because I come out every week, Monday through Wednesday to figure out by Thursday morning, I’m ready to play golf.”

Morikawa is three months removed from his major breakthrough at the PGA Championship where he made a late eagle en route to two-shot victory at TPC Harding, a layout he got to know while he was a collegiate golfer at the University of California.

And while Morikawa fully admits that experience on a course never hurts, he feels he already has a similar mindset to some of the more seasoned players on the PGA Tour who have been making regular Masters appearances for years.

“I’ve fast tracked that process a little bit, even though I haven’t played these courses or played the Masters before,” said Morikawa. “I’m comfortable coming out here. Everyone’s different, but that’s just me.”

Morikawa has mostly struggled since picking up his Major title but said that does not mean his golf is not sharp and that his game actually feels like it did before the PGA Championship.

“I’ve done my prep work so far to get my game where it needs to be,” said Morikawa.

“You want to show up to these Majors not really working on anything, just being ready to play golf. And I think over the past couple weeks, I’ve put myself there.”