Morning Digest: Foreign Minister hints that India-China talks could take years, CBSE yet to decide on alternatives for 2021 board exams practicals, and more 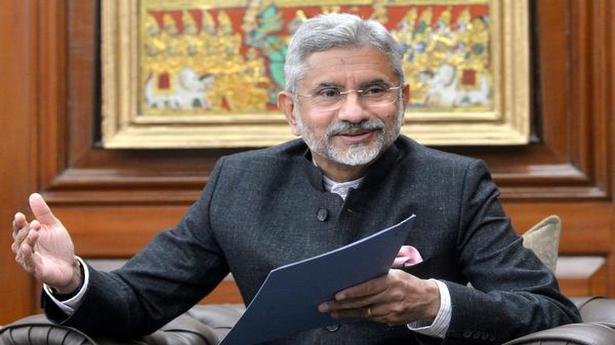 A select list of stories to read before you start your day.

Negotiations with China are ongoing, says External Affairs Minister Dr. S. Jaishankar, and hints that they could even take years, in an exclusive interview to Suhasini Haidar.

A 21-year-old man in Bareilly, who became the first person to be booked under the new ordinance against unlawful conversion in Uttar Pradesh, was arrested on Wednesday, police said.

Board examinations will be conducted in written mode and not online, the Central Board of Secondary Education said on Wednesday. Given that practical examinations may not be possible for many students due to the COVID-19 pandemic, alternatives are being considered for the 2020-21 examination cycle.

The invite was extended on November 27 during a telephone conversation between Prime Minister Narendra Modi and Mr. Johnson, a diplomatic source said on December 2.

While countries are struggling to rein in the virus, “certain countries” have seized the opportunity to extend their influence militarily, economically and politically, which does not augur well for the world community, said Vice Chief of Army Staff Lieutenant General S.K. Saini on Wednesday.

The National Education Policy (NEP) upholds the reservation policy enshrined in the Constitution, Education Minister Ramesh Pokhriyal Nishank said on Tuesday, rebutting an allegation that the NEP 2020 seeks to end reservation for the disadvantaged groups.

Attorney-General K.K. Venugopal on Wednesday took the Supreme Court’s invitation to suggest ways to gender-sensitise judges as an opportunity to tell the court it has never had a woman Chief Justice.

The Kerala Union of Working Journalists (KUWJ) on Wednesday told the Supreme Court that it will use the court’s intervention to protect Republic TV editor-in-chief Arnab Goswami as a precedent in its case for the immediate release of its secretary and journalist Siddique Kappan.

U.S. President-elect Joe Biden will insist Iran agrees to new demands if it wants the U.S. to return to a nuclear deal and lift sanctions, The New York Times said on Wednesday.

Natarajan, not showing any nerves on his debut, contributed to India’s 13-run ODI victory over Australia with two important wickets at vital stages

Narendra Singh Tomar said the government is hopeful of discussions reaching some decisive stage at the tenth round of talks on January 19. Urging farmer...
Read more

Chief Electoral Officer (CEO) K. Vijayanand has stated that there is an increase of 0.90% over the draft electoral roll published on November...
Read more
Bharat News