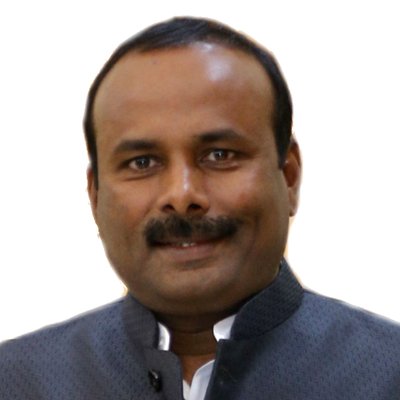 Troubles for former Bengaluru Mayor, R. Sampath Raj don’t seem to end. As soon as his police custody ended on Friday, the National Investigation Agency (NIA) has now pleaded with a city court to hand him over to the agency for further investigation into the Bengaluru riots case.

Just four days ago, the Central Crime Branch police had arrested Congress’s Dalit leader and former Bengaluru Mayor R. Samapath Raj. When the CCB produced him before the civil and sessions court on Friday, it remanded him to judicial custody. Soon after, the NIA filed an appeal before the court seeking his custody to inquire further into the Bengaluru riots case. The plea is yet to come up for hearing.

The NIA has launched a probe parallel CCB’s investigation into the riots case, and so far the agency has arrested as many as 293 persons in connection with the case. Of the total 293 arrests, 124 were made in relation to the riots in the D.J. Halli police station area, while the remaining 169 arrests were made in connection with the riots in the K.G. Halli police station area.

Just two days ago, the NIA had conducted search operations in more than 43 locations in Bengaluru, including four offices of the Social Democratic Party of India (SDPI) and the Popular Front of India (PFI) for their alleged involvement in the Bengaluru riots.

The NIA had claimed in its statement that its sleuths had seized incriminating materials relating to the SDPI and PFI besides weapons like swords, knives and iron rods during the raids.

Raj was arrested on November 17 in connection with his alleged role in instigating the mob on August 11. He was absconding for several weeks after escaping from a private hospital where he was admitted for the treatment of Covid-19. Raj had filed an application for anticipatory bail, which was rejected by the court.

On August 11, an enraged mob went on a rampage and torched the house of Congress MLA from Pulikeshinagar, R. Akhanda Srinivasa Murthy.

It all began with a Facebook post by Naveen Kumar, a nephew of Murthy. The riots unleashed by a violent mob left four people dead in police firing, while 60 police personnel too sustained injuries. Two police stations—K.G. Halli and D.J. Halli—and Murthy’s house were torched.

A day prior to Raj’s arrest, the CCB police had arrested one of his associates named Riyazuddin on November 16.

Just a week after the riots broke out, the CCB had arrested Raj’s personal assistant Arun Kumar on August 20. According to the police, on August 11, Kumar had allegedly made as many as 10 calls to SDPI leader Muzammil Pasha, who was arrested by the Bengaluru police before being handed over to the NIA.

The police had tracked Kumar’s involvement after they had gone through the call records of Muzammil Pasha and others.

The Bengaluru police have registered more than 60 FIRs in connection with the riots case and filed a 850-page preliminary chargesheet in October. Of these 60 FIRs, the NIA is probing two FIRs related to the riots.

In the chargesheet, the CCB named 52 persons as accused and recorded the statements of over 30 eyewitnesses.