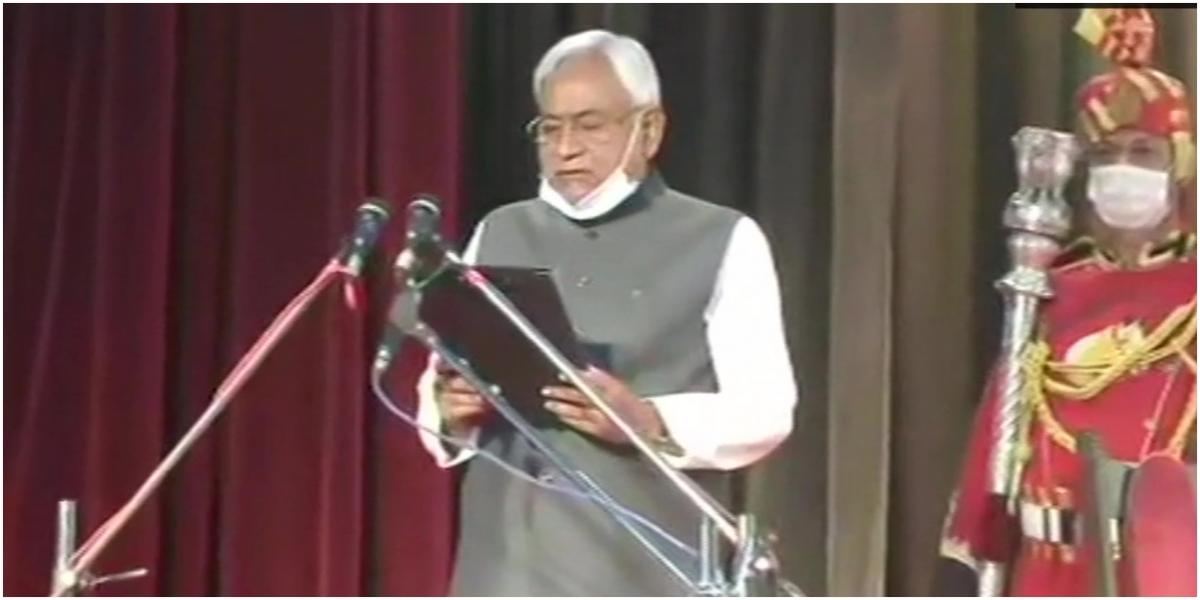 JD (U) chief and Bihar CM designate Nitish Kumar takes oath as the Bihar Chief Minister in Patna. Thirteen other Ministers from NDA parties were also sworn in by Governor Phagu Chauhan on Monday, November 16 at Raj Bhavan.

The JD (U) chief took oath as the chief minister of Bihar for the fourth straight term today after a neck-to-neck contest to clinch the Bihar assembly polls, the results for which were declared late at night on November 10.

On Sunday, Nitish Kumar was chosen as leader of the NDA by the newly-elected MLAs and MLCs of all four parties which are alliance partners. Nitish Kumar presented the list of all 125 MLAs to Governor Phagu Chauhan on Sunday, after which Chauhan invited him to form the new government.