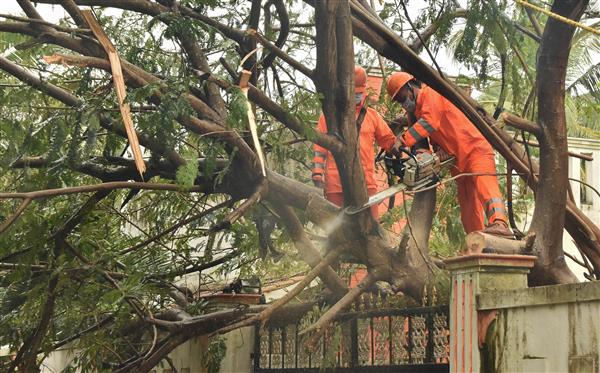 As the ‘very severe cyclone’ Nivar receded, killing three and injuring as many, according to reports, a positive bit of input is the India Meteorological Department got it right so far as its landfall and other detailing is concerned.

After the landfall the IMD tweeted the cyclone’s predicted and actual landing sites, saying it had forecast it will crossover to the landmass between Karakal and Mamallapuram close to Puducherry in its first track forecast at 5.30 am on November 23, that is three days in advance.

Nivar made a landfall in the night intervening November 25 and 26, uprooting trees and power lines and inundating low-lying areas, with a wind speed of 120-130 kmph, subsequently weakening as it moved inland.

Heavy rains triggered by the storm caused flooding in many low-lying areas, however, the damage remained controlled, the reports suggested quoting civic body officials saying that the local administration workers was working to remove fallen trees and power lines.

New startups were launched and existing ones gained traction in spite of several challenges Amidst the pandemic-induced economic downturn, new...
Read more
Trending

The world's biggest social media company has been at loggerheads with Apple's 'App Tracking Transparency' feature. (Subscribe to our Today's Cache newsletter for a quick...
Read more
National