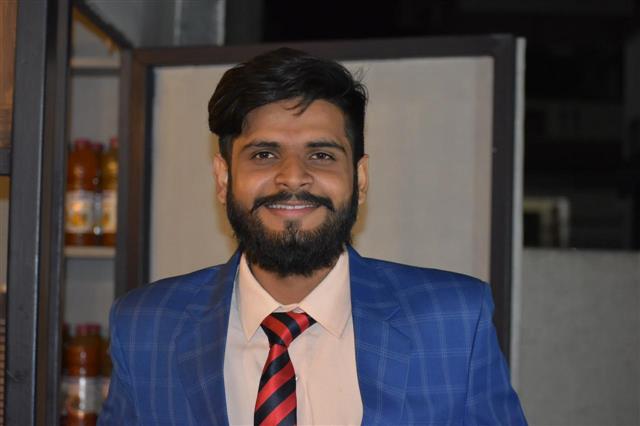 In a break from the past, a non-Muslim candidate from Rajasthan has topped the all-India entrance exam for a master’s course in Islamic studies at the Central University of Kashmir.

“Islam is portrayed as a radical religion and there is lot of misconception about it. The division in the society is growing today and it is really very important to understand each other’s religion,” said Shubham Yadav, who would join the course in Kashmir for two years.

The result of the common entrance test, held on September 20, was declared on October 29. The university confirmed that Yadav has topped the exam.

Yadav (21) has done BA honours in philosophy from the Delhi University and hails from Alwar, where two lynching cases of Pehlu Khan in 2017 and Akbar alias Rakbar Khan in 2018 took place.

“Such kind of incidents also made me think and gave motivation to read about the religion (Islam). I convinced my parents to pursue Islamic studies by making them understand that it will be about Islamic history and culture and they agreed,” he said.

Yadav said he developed an interest in Islamic studies during his college days and had informally studied about the Arab spring, Iran issues, early days of Islam and Prophet Muhammad and is looking forward to learn more about it in the formal course.

“Some of my friends who are from Muslim community are studying global Islamic politics,” said Yadav, who is also preparing for the civil services exam.

Yadav has a younger brother studying in class 11 while his father runs a general store in Alwar. PTI

Administrators and policy-makers are looking forward to analysis and input from educators to leapfrog the educational system with National...
Read more
National

The State reported one death and 161 new COVID infections in the 24 hours ending Sunday morning as 36,091 samples were tested during the...
Read more
National

Toll plazas being managed by the National Highways Authority of India (NHAI) in the State have begun collecting fines from overloaded vehicles. Sensors to...
Read more
National

‘It will deprive State govts. of their power over minor ports’ The Centre of Indian Trade Unions (CITU) said The Indian Ports Bill – 2020,...
Read more
National

Syllabus cut for Classes 10 and 12 ahead of school reopening

After keeping students and teachers waiting for a long period of time, the School Education Department on Sunday announced a reduced syllabus for Classes...
Read more