Not in Gupkar Alliance yet, says Congress 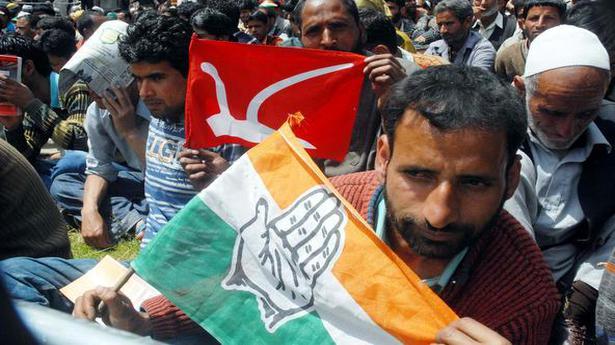 Parties including the National Conference, the PDP, the Peoples Conference and the CPI(M), formed the Gupkar Alliance, and are fighting the maiden DDC elections together.

The Jammu and Kashmir unit of Congress party on Saturday said it is not yet part of the People’s Alliance for Gupkar Declaration, a multi-party amalgam formed for the restoration of the Union Territory’s statehood.

It, however, said it is in consultation with ‘like-minded parties’ for seat adjustments for the upcoming District Development Council elections in J&K.

The mainstream parties, including the National Conference, PDP, Peoples Conference and CPI(M), formed the PAGD last month and are fighting the maiden DDC elections together.

There are certain commonalities of issues with the parties of alliance (PAGD) against the arbitrary actions of the BJP government but the Congress is not yet part of the alliance.

The high-powered policy planning group of the party will review the situation to take a final call on the issue, at the appropriate time, after taking into account the aspirations and sentiments of the people, J&K Pradesh Congress Committee chief spokesperson Ravinder Sharma said in a statement here.

Senior Congress leaders participated in a series of PAGD meetings last week, both in Srinagar and Jammu, to finalise candidates under the seat-sharing for the DDC elections and the Panchayat and Urban Local Bodies (ULB) by-polls, which are scheduled to be held in eight phases from November 28 to December 24.

We are in consultation with certain like-minded parties for seat adjustments for the DDC elections, at the local level wherever possible, without compromising the aspirations of party cadres and the sentiments of people, Mr. Sharma said.

He said on the JKPCC request, the party leadership has permitted the unit to go for seat adjustments at the local level wherever possible for the DDC elections.

The process of consultations is going on at various levels in Kashmir region and in Jammu division to share the seats, wherever possible, depending upon local situations but there shall be friendly contests at various seats as adjustments are not possible at maximum seats at this later stage, as there are aspirations of a large number of party rank and file, Mr. Sharma said.

At the same time, the Congress leader said the party’s principles and the people’s sentiments would not be compromised at any cost.