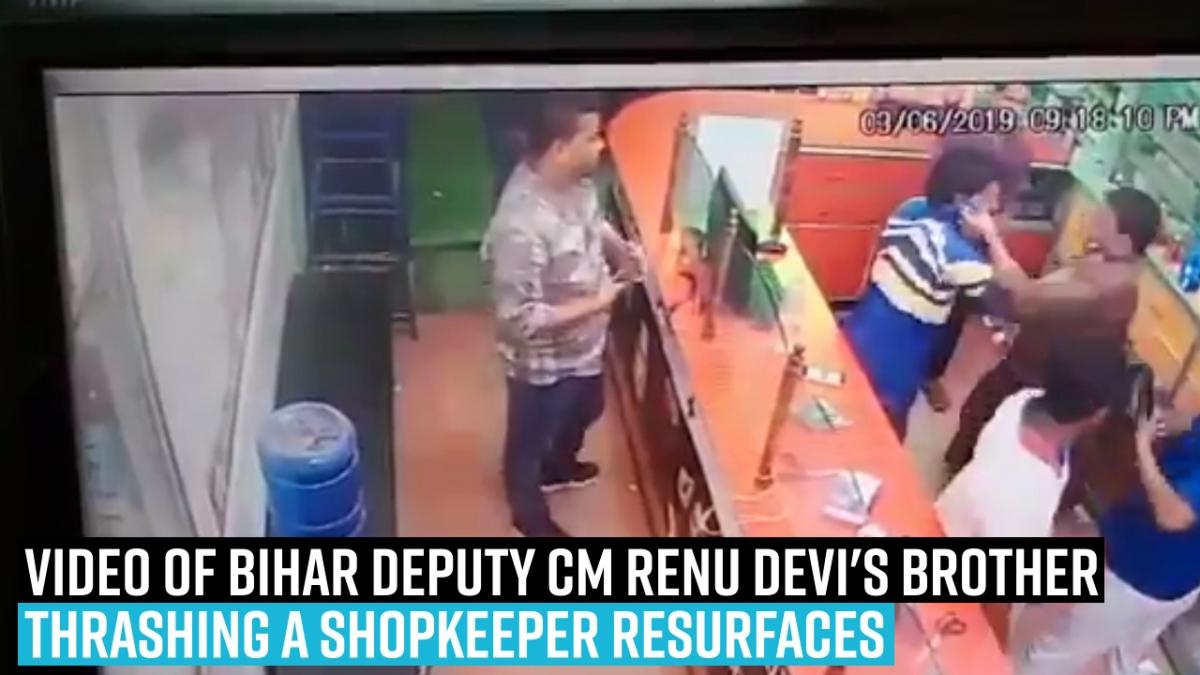 Bharatiya Janata Party leader Renu Devi took oath as the deputy CM of Bihar on Monday. Devi was elected as the deputy leader of the BJP legislature party on Sunday. With this, a video resurfaced on the social media about Renu Devi’s brother thrashing a shopkeeper in Bihar in 2019.

Last year, Pinu, Renu Devi’s brother, was seen thrashing a chemist at a medical shop in Bettiah. The reason for this was that the shopkeeper did not stand up for Pinu when he entered the shop.

What is the video all about

People started gathering inside the shop when Pinu hit the shopkeeper. He later was seen taking the chemist away in a car.

Renu Devi had chosen to stay away from the matter and had stated that she was not in talking terms with her brother Pinu.

She had stated that she never encourages wrong behaviour. She had added, “We are not on talking terms. Still, I am being dragged. If anyone commits a mistake, he/she should be punished, even if it’s me.”

Renu Devi, formerly the party’s national vice president, comes from the Noniya caste, which is an extremely backward class community. She won election from Bettiah Assembly seat. With a margin of around 18,000 votes she defeated Congress’ Madan Mohan Tiwari. She won from Bettiah in 2000, twice in 2005, 2010, and 2020.

She had stated that she will discharge her duties as the Deputy CM with dedication. She joined the party in the year 1988 as a part of its Mahila Morcha or women’s wing. But she had started her career in politics as a social activist back in 1981.