Over 3 crore people in K’taka were COVID infected; then developed antibodies 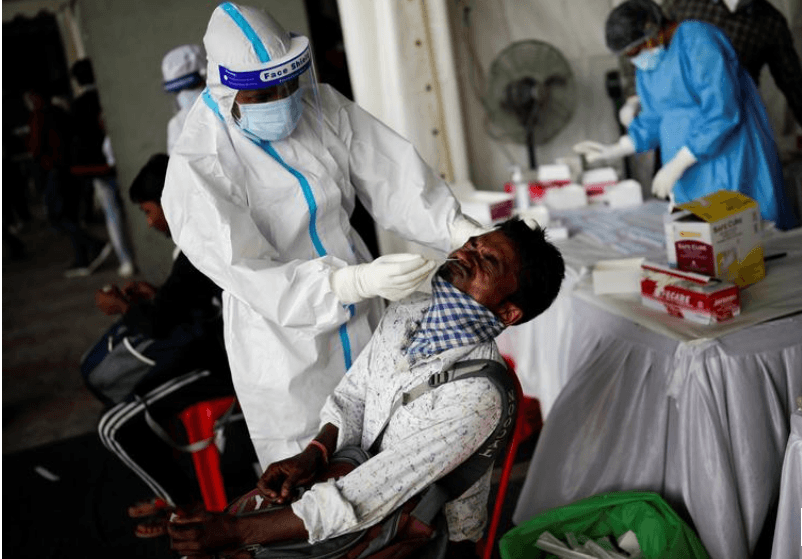 Nearly 50 percent of the population of Karnataka was infected by the Covid-19 infection by August, nearly 100 times more than the officially reported figures during that time, and, as a result, developed antibodies to the infection, a report has said.

According to a survey carried out by the Mumbai-based IDFC Institute, at least 44.1 percent of the population in rural areas of Karnataka and 53.8 percent in urban areas were exposed to the coronavirus, and, as a result, developed antibodies to the infection.

The serosurvey used data collected from a representative sample of households in 20 districts of the state from mid-June through August. The state has a population of roughly 6.4 crore.

Adjusted seroprevalence across Karnataka implies—based on the government mid-year 2020 population estimates—that approximately 3.15 crore residents have been infected. This is 96.4 times the 327,076 publicly reported cases as of August 29.

Sero studies conducted in a random population are essential for measuring the spread of the Covid-19 pandemic. Researchers from the IDFC Institute carried out the Karnataka study in collaboration with the Centre for Monitoring Indian Economy. The study, funded by ACT Grants (India), was led by Professor Manoj Mohanan from Duke University, Professor Anup Malani from Chicago University, and Anu Acharya from Mapmygenome along with Kaushik Krishnan from the Center for Monitoring Indian Economy.

The presence of antibodies in the blood typically suggests that people infected with a virus would gain immunity for some period of time. The new study, ‘Prevalence of COVID-19 In Rural Versus Urban Areas in a Low-Income Country: Findings from a State-Wide Study in Karnataka, India‘ was published recently as a preprint in medRxiv.

The researchers said that one of the reasons for the spread was the fact that rural areas experienced fewer restrictions on mobility. Also, the migration of daily labourers to rural parts was another factor.

Estimated RT-PCR positive proportions suggested that the epidemic was growing rapidly during August. The proportion of those testing positive on RT-PCR ranged from 1.5 to 7.7 percent in rural areas and 4.0 to 10.5 percent in urban areas suggesting a rapidly growing epidemic.

The study sample was drawn from an existing, representative sample of a panel survey—the Center for Monitoring Indian Economy’s Consumer Pyramids Household Survey (CPHS). The Karnataka seroprevalence study draws a random sample from CPHS’s 9,717 households in Karnataka separately for the urban and rural strata.

Union Health Minister Dr Harsh Vardhan on Wednesday said that India’s COVID-19 response approach has been pre-emptive, proactive and graded, keeping in mind the large population of the country.

“India’s COVID-19 response approach is pre-emptive, proactive and graded. India has curated its response keeping in mind the large population size,” Harsh Vardhan said during a meeting of BRICS Ministers of Health held via video conferencing on Wednesday.

A case was registered on Thursday against 14 people under a recently introduced Uttar Pradesh law to punish...
Read more
National

The Supreme Court on Thursday sought a status report from the Himachal Pradesh government regarding the treatment of Covid-19 patients in different hospitals, infrastructure...
Read more
National

COVID-19 recoveries outpaced fresh cases by a healthy margin on Thursday, with as many as 8,066 more patients being discharged across Maharashtra as opposed...
Read more
World

‘Beijing intends to dominate the U.S. and the rest of the planet economically, militarily and technologically’ The top U.S. intelligence official stepped up the...
Read more
National

Replicating MGR’s legacy not possible for Rajini without political work

In a State where cinema and politics are intricately woven, actor Rajinikanth’s politcial entry inevitably gets compared to the success of AIADMK founder and...
Read more

Deepika Padukone give a goodbye kiss to hubby Ranveer Singh as she heads to Alibag...
Read more