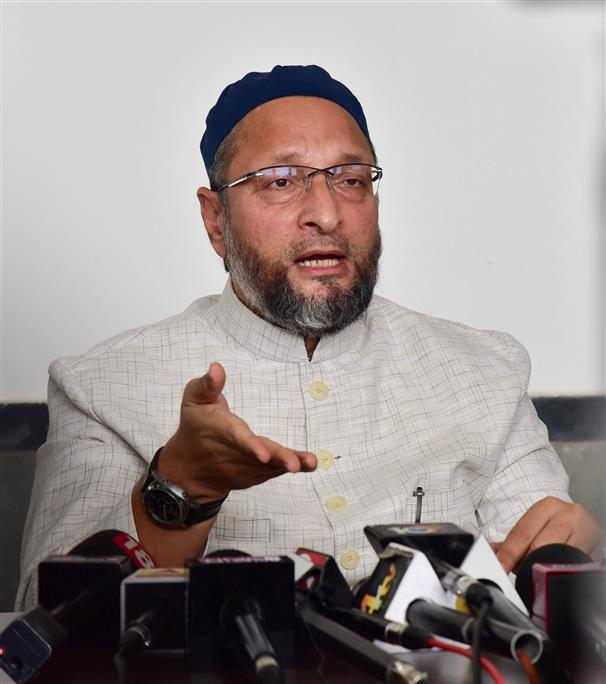 After winning five seats in the Bihar State Assembly Elections the All India Majlis-e-Ittehadul Muslimeen (AIMIM) is all geared to take on bigger political parties in the Greater Hyderabad Municipal Corporation (GHMC) elections scheduled for December this year.

Though the meeting is being described as a routine one for the exchange of Diwali greetings, but political observers feel that the ruling Telangana Rashtra Samithi and the AIMIM will contest the elections in consultation to keep other parties in check. TRS and All AIMIM are political allies ever since the formation of the state of Telangana in 2014.

In the 30-minute meeting between Owaisi and KCR at the latter’s residence two are believed to have discussed the ground realities faced by AIMIM in Bihar where it was pitched against the NDA and other parties. Back home in Telangana the TRS lost the Dubbak by-poll to the BJP, which is also believed to have been discussed.

Sources said that in the meeting, which has assumed a political significance, the two reportedly discussed the prospects of winning seats by their respective parties and also the possibility of seat-sharing for the GHMC elections. The GHMC has 150 divisions, where the TRS won 99 seats in the previous elections and the AIMIM had won 44, leaving only six for other parties.

The GHMC elections assume importance from a state’s perspective as there are many assemblies and Parliamentary segments that are directly influenced by those who win the GHMC seats are these areas adjoin assembly and Parliamentary constituencies. The GHMC area covers 650 square kilometres and is spread over four districts—Hyderabad, Ranga Reddy, Medchal–Malkajgiri and Sangareddy.

The recent devastating floods, which have affected Hyderabad and urban infrastructure to a large extent, are going to be the main issue that is expected to play out in the GHMC elections.

TRS and AIMIM could have a pre-poll alliance or a post-poll alliance, it is said. The state Election Commission officials are expected to release the notification for the polls after Diwali.