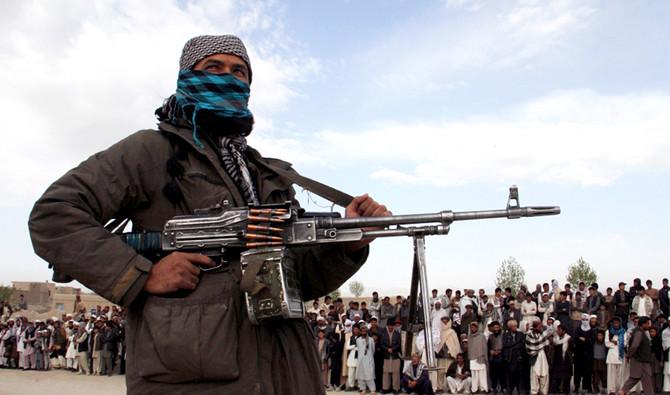 With more and more evidence of Pakistan’s involvement in harbouring terrorists coming to light, the accusations made by neighbouring countries, including India, Afghanistan and Iran as well as the United States, UK and France are proving to be true. From fake prosecutions of terrorists to sponsoring terrorism within its territories, PAK’s agendas haven’t been hidden. Now, a video has gone viral on social media showing how the Pakistan Army and Taliban are working together to further terrorism in Afghanistan.

Recently, the anti-terrorism court in Pakistan handed a 10-year sentence to Mumbai terror attack mastermind and head of Jamaat-ud-Dawa, a front organisation for the terror group Lashkar-e-Taiba (LeT) Hafiz Saeed. But the optics were clear as the move was motivated by PAK’s intentions to appease FATF, which had decided to keep the country in its “grey” list till February 2021. But the on-ground reality further proves FATF’s decision and global suspicions are just.

A 2-minute video has surfaced online, showing Pakistan Army and members of terrorist group Taliban together. The terrorists can be seen carrying assault rifles and moving around freely along with Pakistan Army officials, who are seen in full armour and weapons. The video appears to be shot at one of the bases of Taliban in Afghanistan and Pashtunkhwa, where the terrorist atrocities are at an all-time high.

Watch the video below, which is proof of Taliban and PAK army’s friendly nature.

Pakistani Army & Taliban both are working together for terrorism in Afghanistan & Pashtunkhwa for more then four decades.

More recently, PAK PM Imran Khan made a visit to Afghanistan following Trump’s announcement of reducing the number of US troops in the next two months. During his visit, Imran Khan met Afghan President Ashraf Ghani to discuss the reconciliation process between the Taliban and the Afghan government, which has been stalled since September.

The relations between Afghanistan and Pakistan have become more strained after the Afghan government began openly accusing Pakistan of using its ISI spy network in aiding the Taliban and other militants. Though Islamabad vehemently denies sponsoring militant groups in Afghanistan,

it has said in the past that it does not have full control of the actions of the ISI. The civilian casualties as a result of Pakistan’s actions in Afghanistan have led to tensions between the two states.

Pakistan – a safe haven for terrorists

Unfortunately, this is nothing new or hidden. Such actions have drawn global ire, but change despite long called-for is yet to be executed. Pakistan has been described as a “terrorist safe haven” according to the US Country Reports on Terrorism. Pakistan was accused by the United States, United Kingdom, France, and India for supporting externally focused groups, such as Lashkar-e-Taiba (LeT) and Jaish-e-Mohammad (JeM) in 2016, which continued to operate, train, organise, and fundraise in Pakistan. But on official grounds, these terrorist groups remained banned by the Pakistani government.

In addition to harbouring major terrorist groups in Pakistan, they also receive active or passive assistance from the agencies entrenched within the security establishment of Pakistan, especially the Inter-Service Intelligence.

Former US President Barack Obama, in his book which garnered global attention, said ISI has direct and close ties with Al Qaeda and the Taliban. In fact, Obama said ISI has been using these terrorist organizations against India and Afghanistan. In the book, A Promise Land, Obama said the success of the mission that led to the killing of Osama bin Laden was mainly because it was kept hidden from Pakistan.

“We had options, but there was also a risk. Diplomatic relations were also at stake. If this plan was leaked then it could have failed. Therefore, very few people were informed about it. We have only thought that Pakistan will not be included in any plan. The intelligence agency there weakens the government of Afghanistan. Conspiracies are hatched against India,” Obama wrote in his memoir.