Pakistan says it has evidence of India sponsoring attacks 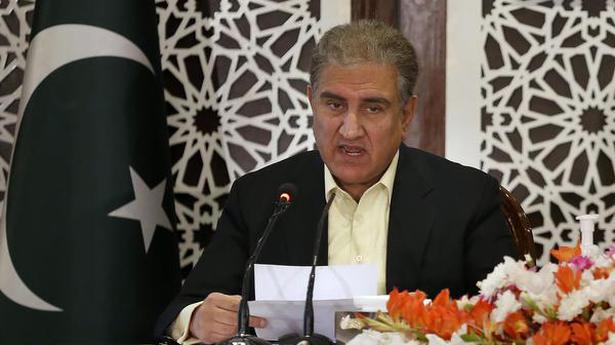 Pakistan on Saturday said India was sponsoring “terrorism” aimed at destabilizing the country and targeting its economic partnership with China, accusations that top Pakistani officials delivered at a dramatic press conference.

Pakistan and India routinely accuse each other of targeting the other, but this was a rare time that Pakistani officials said they had prepared a mountain of evidence to back up the charges against their South Asian rival.

In a joint press conference in the capital of Islamabad, Foreign Minister Shah Mahmood Qureshi, along with military spokesman Maj Gen. Babar Iftikhar, said that Indian intelligence agents were operating out of neighboring Afghanistan to plan attacks within Pakistani borders.

“India was allowing its land to be used against Pakistan for terrorism,” said Mr. Qureshi, adding that New Delhi was also planning attacks from “neighboring countries”.

Mr. Qureshi said Pakistan is sending its evidence to the United Nations demanding India be censured, warning that “without international intervention it is difficult to guarantee peace in nuclear South Asia,” a region where both India and Pakistan possess nuclear weapons.

“We have irrefutable facts that we will present before the nation and international community through this dossier,” the Minister claimed.

There was no immediate comment from Indian officials to the claims by Pakistan’s government. New Delhi has likewise accused Pakistan of sponsoring militant groups that have carried out attacks inside its borders in recent years.

The presser comes a day after Pakistan’s military said five civilians and an army soldier were killed by shelling from Indian troops across the highly militarized border that separates the Pakistani and Indian sides of Kashmir. The disputed border in the Himalayan region is a source of longstanding conflict between the two powers.

Mr. Iftikhar, who heads the media and public relations office for Pakistan’s armed forces, presented some of the dossier’s evidence purporting to show India’s involvement in attacks within Pakistan, including bank receipts showing funding and photos showing alleged perpetrators of attacks inside the Indian consulate in Jalalabad, Afghanistan.

The Foreign Ministry said that this will be Mr. Khan’s first visit to Kabul as Pakistan’s Prime Minister. It wasn’t mentioned whether he would raise Pakistan’s allegations of Indian interference.

Chief Minister B.S. Yediyurappa will be on a two-day visit to Shivamogga on Sunday and Monday to take part...
Read more
National

On the other hand, the U.S. is well ahead of its target Union Health Minister Harsh Vardhan said in October 2020 that India is expected...
Read more

A woman who as a teenager ran away to join the Islamic State group has lost her bid to return to the U.K....
Read more
Bharat News