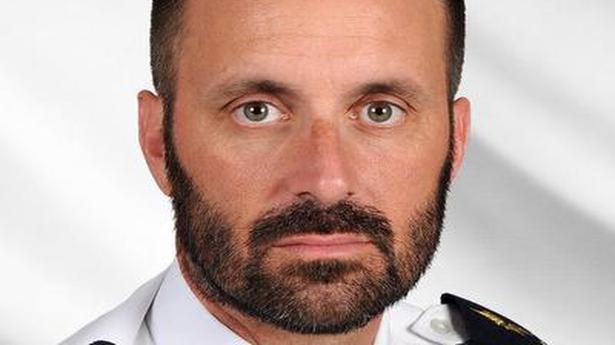 The international force that monitors the Israeli-Egyptian peace agreement said Thursday that seven peacekeepers, including five Americans, were killed when one of its helicopters crashed during a routine mission in Egypt’s Sinai Peninsula. A ninth peacekeeper was badly injured.

The Multinational Force and Observers said a French peacekeeper and Czech member of the force were also killed. It did not release the names of the dead, pending notification of their families. It said the injured peacekeeper was American.

The MFO said the helicopter crashed during a routine mission near Sharm el-Sheikh, a popular Egyptian resort city on the Red Sea, and that an investigation was underway. It did not give a precise location of the crash or say whether the helicopter fell on land or crashed into the sea.

An Egyptian official speaking on condition of anonymity per regulations, said the helicopter crashed over Red Sea waters outside Egyptian territorial boundaries.

Islamic militant groups and a regional affiliate of the Islamic State group are known to be active in Sinai. But the MFO said there were no signs of an attack. “At this point, there is no information to indicate the crash was anything except an accident,” it said.

An Israeli official said the injured peacekeeper was airlifted by the peacekeeping force to the Israeli border city of Eilat. From there, he was flown to an Israeli hospital. The official spoke on condition of anonymity because he was not authorized to discuss the matter.

Israel’s Foreign Ministry released a statement expressing its “deepest sorrow,” and saying the MFO is “highly regarded for its work.”

“I send my sincere condolences to the families of those killed and wish a speedy recovery to all of the wounded,” said Foreign Minister Gabi Ashkenazi.

The Czech Republic’s military confirmed one of the fatalities of the Black Hawk’s crash was a Czech. It said the cause of the crash was a technical malfunction and added that the survivor is in critical condition. The chief of Czech army’s general staff, Gen. Ales Opata, expressed his condolences and identified the Czech victim in a Facebook post as Sgt. Maj. Michaela Ticha.

The MFO monitors the four-decade-old peace agreement between Israel and Egypt. Thirteen countries contribute troops to the MFO, with the United States making up the largest contingent. Its responsibilities include monitoring troop levels along the border and ensuring the freedom of navigation through the Strait of Tiran.

A project highlighting Kerala’s history based on 17th-century Dutch records and aimed at making records of already digitised archival material from the government in...
Read more
Entertainment

Explained: What does the killing of nuclear scientist Fakhrizadeh mean for Iran?

The assassination of Mohsen Fakhrizadeh, a top Iranian nuclear scientist and a brigadier general in the elite Islamic Revolutionary Guard Corps (IRGC), on the...
Read more

Facebook cryptocurrency Libra to launch as early as January but scaled back: FT

The move would represent an even bigger scaling-back of the project's ambitions than that proposed in April in response to a regulatory and political...
Read more

Watch | Who is Maryam Nawaz?

A video explainer on the journey of Pakistani politician and Nawaz Sharif's daughter Maryam Nawaz Maryam Nawaz, the eldest of the third generation of the...
Read more

The main ceremony will be held on November 30 at Gurdwara Janamasthan Nankana Sahib in Punjab province. Over 600 Sikhs arrived here from India...
Read more
Bharat News