Minimum temperature rises in Delhi due to cloud cover 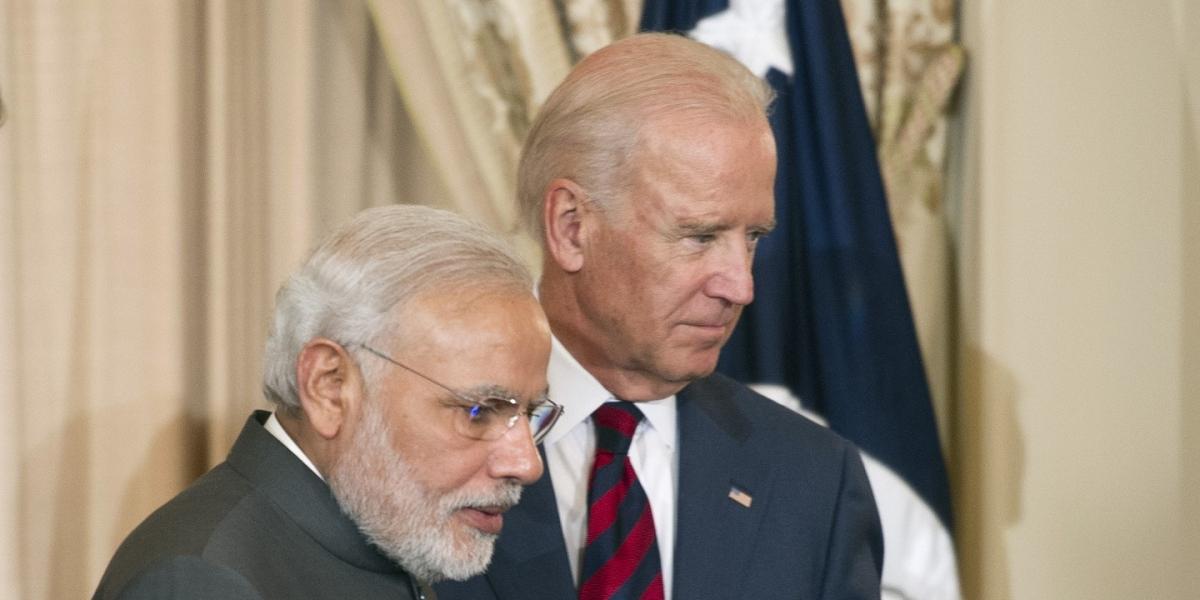 Joe Biden, who will take over as United States President in January, has told Indian Prime Minister Narendra Modi that alongside Kamala Harris he wants to strengthen and expand relations between their countries.

Working closely on the Covid-19 pandemic figured in their phone call on Tuesday, Biden’s transition organisation’s readout of the conversation said.

“The President-elect thanked the Prime Minister for his congratulations and expressed his desire to strengthen and expand the US-India strategic partnership alongside the first Vice President of South Asian descent” Kamala Harris, according to the readout.

“The President-elect noted that he looks forward to working closely with the Prime Minister on shared global challenges, including containing Covid-19 and defending against future health crises, tackling the threat of climate change, launching the global economic recovery, strengthening democracy at home and abroad, and maintaining a secure and prosperous Indo-Pacific region,” it added.

The readout mentions maintaining a secure Indo-Pacific, which was the centrepiece of President Donald Trump’s administration’s strategic involvement with India. Biden, who started speaking to international leaders starting on November 10, finally got around to speaking with Modi.

Also on Tuesday, Biden spoke with Prime Minister Benjamin Netanyahu of Israeli, one of the closest allies of the US. Netanyahu has been considered close to President Donald Trump like Modi. Modi was among the first leaders to recognise Biden as the winner of the presidential election that is still being questioned by Trump and votes are being counted.

He and Indian President Ram Nath Kovind tweeted their congratulations to Biden shortly after the US media declared him the winner based on their projections of the results. Modi recalled in his congratulatory tweet that Biden’s contribution as the vice president “to strengthening Indo-US relations was critical and invaluable.”

He added, “I look forward to working closely together once again to take India-US relations to greater heights.” Biden has met Modi during his visit to Washington in 2014 and co-hosted along with then-Secretary of State John Kerry a luncheon in his honour.

At the luncheon, Biden had said, “You campaigned on some of the very goals we hope to achieve in this relationship: greater investment in India’s economy, a modernized defence sector, inclusive growth for both of our peoples. And your support for economic reform paves the way for the expansion of our nearly $100 billion in trade on a yearly basis.”

In what could be relevant in 2021, had added, “This work will not be easy. It demands us both making tough choices, but I think that we have an incredible opportunity before us.” Although Harris has described herself as of Indian descent and her mother an immigrant from India, Biden and his organisation have hesitated to acknowledge her Indian descent.

The South Asian identification could appeal to an expanded base or not attract the attention of the anti-Indian elements in the left-radical segment of the party. It could also project an image of objectivity where India is involved. When he spoke at a victory rally on November 7, Biden also referred to her as “first woman of South Asian descent.”

Bengal polls: Left, Congress to conclude seat-sharing by end of this...

Alliance essential to give people an option against binary created by BJP and TMC, says CPI(M) Cementing the electoral understanding for the Bengal Assembly polls,...
Read more
National

No casualty has been reported in the incident. Two bogies of a train which was on its way to Jaynagar from Amritsar derailed in...
Read more
Entertainment

Matt Damon is officially a part of Thor: Love and Thunder’s cast, CNN reports. He is currently in Sydney, where he will be quarantining...
Read more
Trending

Minimum temperature rises in Delhi due to cloud cover