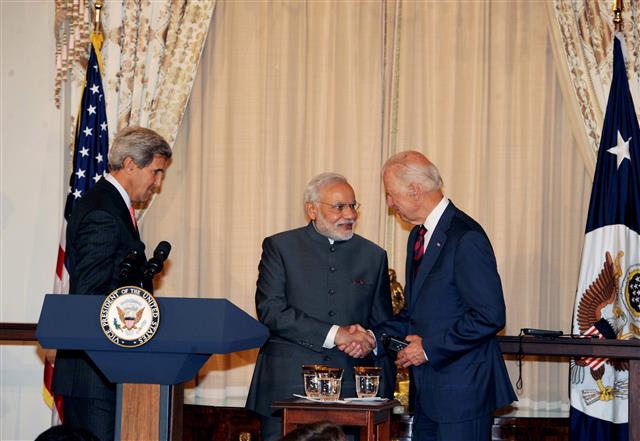 Prime Minister Narendra Modi is in line for a telephonic conversation after South Block became one of the first countries apart from its allies to congratulate both President-elect Joe Biden and Vice President-elect Kamala Harris.

The leaders of Britain, France and Germany were among the first batch to congratulate Biden around the same time as PM Modi, exactly a week back. Since then, all of them have spoken on the phone with Biden though Donald Trump refuses to concede the election and has mounted a legal challenge.

Close US allies Tokyo, Canberra and Seoul were also in the first batch to congratulate Biden but Russia and Turkey remained silent and China sent a delayed and low-key message.

The Kremlin has so far not congratulated Biden saying “it is right to wait for the official results to be announced.’’ Beijing was slow in calling and when it came two days back, the greetings were from the Chinese Foreign Office. Like Putin, Chinese President Xi Jinping has stayed silent whereas President Ram Nath Kovind joined PM Modi in welcoming Biden to the White House.

Brazil and Turkey are the other major countries that have held out. Turkey has taken a position similar to that of Russia—waiting for the settlement of legal challenges before congratulating the winner.

PM Modi had even interjected a sub-continental note by telling Harris that her success is a matter of immense pride not just for “your chittis (aunts in Tamil), but also for all Indian-Americans.”