Priya Anand: A Simple Murder got me excited about life and work again 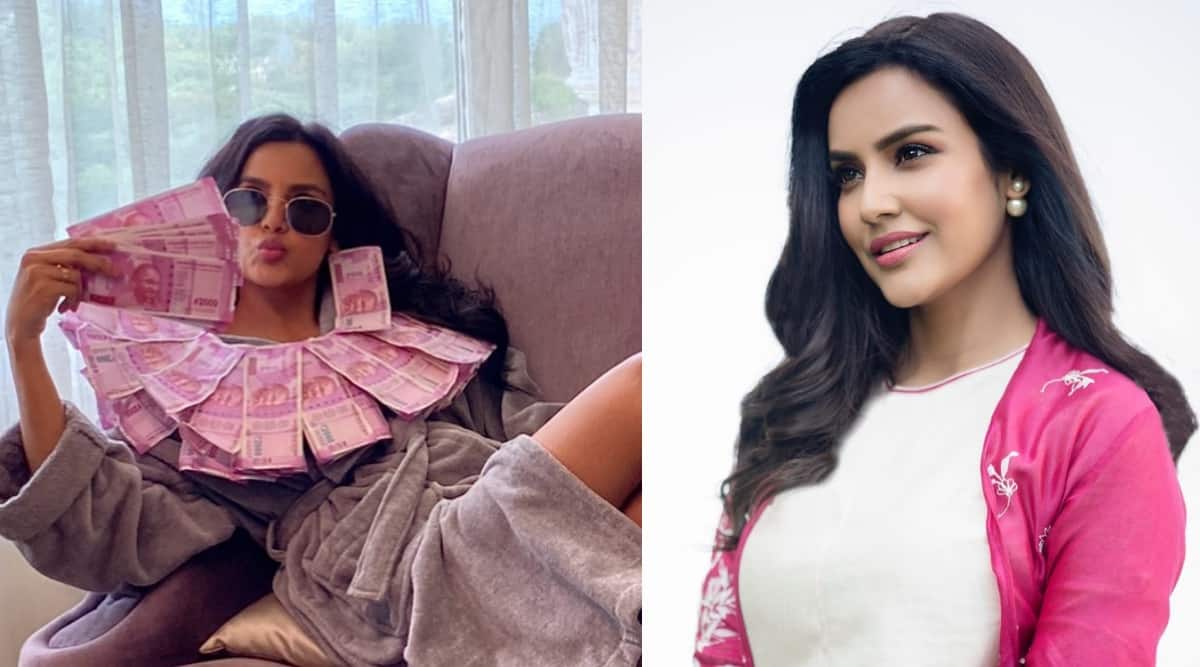 A Simple Murder is streaming on SonyLiv. (Photo: Priya Anand/Instagram)

Chennai-born actor Priya Anand has worked in Tamil, Malayalam, Hindi, Telugu and Kannada films. She began her acting career in 2009 with Tamil film Vaamanan and subsequently appeared in films like English Vinglish, Fukrey, Rangrezz and others. Despite working in five film industries, the 34-year-old feels she “has not achieved anything as an actor yet.”

But her latest project A Simple Murder, streaming on SonyLIV, is something which has given her an opportunity to challenge the actor in her. In the dark comedy, Anand plays Richa, a gold digger.

In this interview, Priya Anand talks about her character in A Simple Murder, the experience of sharing screen space with Mohammed Zeeshan Ayyub, Amit Sial, Sushant Singh and Gopal Datt, and things she plans to achieve as an actor now.

Why did you pick A Simple Murder as your debut digital project?

I have been very fortunate that language has been a skill set for me. I have been offered a lot of stuff in five languages, but I always felt the writing was very flat. I didn’t see the point in doing the same thing that I do on a movie in a web series. The medium is so amazing where you can truly deliver a different experience for the audience that would not be possible in a commercial setup. So, for me, everything about the script of A Simple Murder was great. Director Sachin Pathak called me and narrated the story a little bit. Then, he sent me a few episodes and I was so hooked to it. There were so many twists and turns. The writing was so amazing. Also, being able to collaborate with Zeeshan Ayyub, Sushant Singh, Gopal Dutt and Amit Sial was just like a dream come true for me. Most of them are NSD graduates, so I felt like a kid watching all these amazing performances firsthand.

Weren’t you apprehensive about playing a dark character?

Absolutely not. I am so bored of doing the same thing over and over again. I don’t just do the same thing in one language, I have done the same thing in so many languages. Usually, I am always a girl next door or a girl who helps the hero to achieve something. So, I was like how long am I going to keep doing just that. It is okay to do commercial films at the beginning of the career. But it’s time to do something exciting, different and challenging. There couldn’t be anything better than A Simple Murder.

You are shown to be in love with two men – Manish and Rahul. You are a schemer who is ready to go to any length to earn money. But as a viewer, I never hated your character. How did you strike a balance of not coming out as too negative?

I didn’t see Richa as negative. That’s what I loved about the writing of the show. It was not judgmental in any way. They kind of just showed people for who they are and then just left it to the audience. Some people can connect with Richa. I saw Richa as a girl who started off like everybody else, with a good heart, good intention and hope. Then slowly life happens, and she realises maybe those things which she thought were achievable are not in her reach. And, the frustration kicks in. So, she was just frustrated and trying to make something out of her life because everything she tried, she failed at it. Richa at every point was naively optimistic.

Every character’s actions have some justification. Don’t you think Richa’s greed for money never got an explanation in the series?

But I think that greed in itself is such a human emotion. We all are greedy for something. For some people, how far you go for that greed is different. For Richa, she was just so blinded by what she wanted, that she didn’t really care about anything else.

How was the entire experience of playing Richa which is such a rare character?

I think I have gotten interesting things happening over in Bollywood for me. I have been spoilt with this team. Usually, there are not more than five people who you like in a unit, but over here, from the producer to the production, everybody was so lovely. It was the intention that everyone came with. Everyone had that excitement, zeal and honesty that they brought to this project, that I got excited about life and work again.

Mohammed Zeeshan Ayyub and Priya Anand in A Simple Murder.

You had such a brilliant bunch of co-actors working with you. Was it a learning experience?

I was so naively stupid because I don’t watch any TV, so I realised how amazing they were while I was working with them and it was too late for me to back off by then. So I was stunned at their amazing performances. I liked working with Zeeshan especially because most of my scenes were with him. There’s something about his energy that is so calming, that makes you get into your performance. Also, I had read the entire script, and I knew what’s there in the script and what these actors, Zeeshan, Amit Sial and Sushant Singh, brought to the characters. So, to witness that was beyond amazing.

Also read | Mohammed Zeeshan Ayyub on A Simple Murder: Haven’t played a character with such diverse shades before

Do you think diversity in writing has led to better and relatable roles for female actors today?

For sure. Also, just having access to these platforms where the audience wants you to do something different is great. A lot of amazing actors are getting their due on this medium. So, I hope it continues. It’s an exciting time not just for women, but men too. There are so many underrated actors in our show who have gotten a reintroduction through this medium.

What more do you think you want to achieve as an actor?

Now that I have done A Simple Murder, I feel I have not achieved anything as an actor. Things I did at the beginning of my career, were things you do for survival, and have the audience know who you are. Now I feel I am beyond that and I am looking forward to being a part of great writing, great shows and collaborating with amazing talents.

Actor Udhayanidhi Stalin started shooting on Monday for his next film, which is the Tamil remake of Bollywood hit Article 15. The entire cast...
Read more
Bharat News